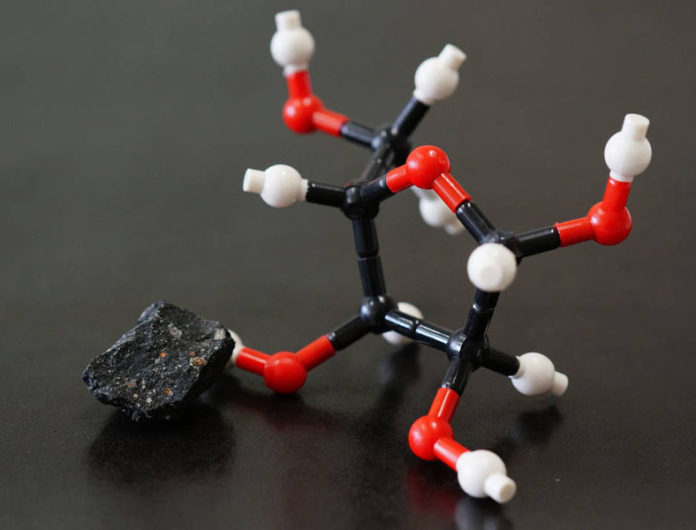 Research team examining the meteor samples, as a result of the examinations revealed that two different meteor sugar molecules. According to the NASA announcement, this discovery may reveal new theories about understanding the origin of life.

A research team said that two different meteor fragments that have fallen to earth have sugar molecules that play a key role in the development of life on our planet. According to NASA, meteor strike succeeded in delivering sugar molecules to Earth.

The research team discovered by analyzing dusty samples of meteors with the help of gas chromatography-mass spectrometry, which separates sugars according to masses and electrical charges. One of the sugars is said to have an RNA component ribose, a basic biological building block. The discovery that molecules come from space makes it a little more complicated to make sense of how life comes into being and makes the work of researchers difficult.

The researchers want to do a second test to prove the accuracy of the discovery:

The team, including researchers from NASA and Japanese universities, was very careful and made extra efforts not to contaminate the samples. However, according to research published in the PNAS magazine last Monday, the carbon atoms found in the sugar molecules of meteorites were generally different from those found on Earth.

The team plans to search for ribose in intact specimens from space rocks, such as those taken from the asteroid Ryugu, which is now in orbit of the Earth. With this second check, the accuracy of the first discovery will be confirmed.

In investigations, researchers have not found sugars that make up DNA, but ribose may be a key component of RNA and may have been the first to evolve in evolutionary history. Yoshihiro Furukawasa, a researcher at Tohaku University, said in a statement:

“Research shows evidence of the first ribose in space and that sugar has been brought to Earth.  Extraterrestrial sugar may have contributed to the formation of RNA, which is thought to be the origin of life in the prebiotic Earth. ”

With this discovery, new theories about the beginning of life are expected to emerge. Further analysis will allow us to gain a better understanding of the amount of sugar in extraterrestrial objects.

Scientists Develop a Jet Engine That Does Not Need Fossil Fuels

Scientists Think They Might Have Found A New State Of Matter