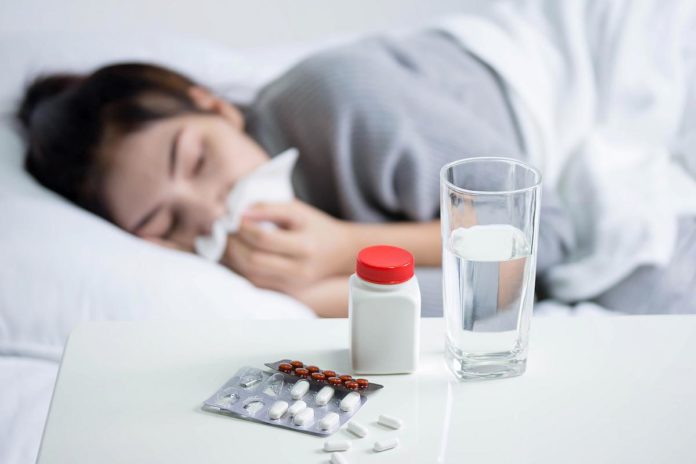 As the winter months approach, the vast majority of people show flu symptoms and make certain complaints. So how many times a year is flu normal?

Every autumn, when sneezing and cough sounds begin to sound, we all begin to move away from other people in hopes of washing our hands with disinfectants for months, taking vitamins and protecting from the flu. Influenza virus, an enemy we know very closely, infects millions of us every year and presents us effects such as tremors, coughs and body aches.

Isn’t it the only thing that comforts many of us against this infection, at least we won’t have to worry about the rest of the season? Actually no. Rarely, it is entirely possible to have flu twice in one season. And unfortunately, it may be even more likely to be flu than usual, as the current year was shaped as a double flu season.

Since there is more than one type of flu, it is always possible to catch the flu twice. In fact, we can also talk about this situation as getting sick with two flu viruses at the same time. Because one type of flu almost always dominates any flu season, another causes smaller clusters of disease that persist in the background. While the flu affects a large number of people from all countries each year, only 20% of the US population is sick.

“You should have a really bad chance of exposure and getting sick twice,” says Vanderbilt University School of Medicine preventive drug and infectious disease researcher William Schaffner.

Is the flu vaccine really protective?
The answer to this question is yes. We can say that flu vaccines are designed to target four species each year, influenza experts think are likely to be dominant. Nobody can advocate that the vaccine provides full protection until the end of the season, but it has been scientifically proven that flu effects are visibly weakened in people who have received the vaccine.

Epidemiologist Ruth Lynfield says antivireans can also help for people who are already sick and have serious symptoms. He adds that it would be right for everyone who comes to this situation to call their doctors first in order not to infect others. We hope we all survive this season with minimal damage.