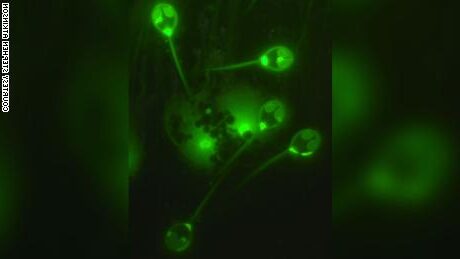 Researchers have signed a new discovery that will destroy a truth we know so far and discover the first animal to live without the need for oxygen. This animal, a jellyfish-like parasite, does not have a mitochondrial genome.

It doesn’t need oxygen:
The discovery of the jellyfish-like parasite mitochondrial genome also marked that it was not breathing. Of course, this resulted in the conclusion that this animal does not need oxygen. This discovery of researchers could be used to study not only life on Earth but perhaps extraterrestrial life.

Although an animal that needs very little oxygen has been discovered to date, an animal without a mitochondria has never been discovered. You may be wondering how the animal, which does not need oxygen due to this deficiency, survives. But even scientists haven’t been able to explain it yet.

According to some estimates, this jellyfish-like parasite might have been getting adenosine triphosphatase from the living creature. Of course, it has not been possible to reach a definitive conclusion yet. However, with this example, nature proved again how unpredictable it is.

PUBG Announces It Will Give A Small Gift To Each Console...