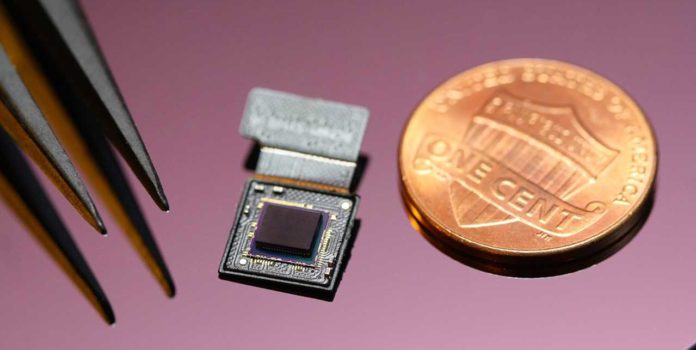 South Korean scientists have developed a very thin camera that uses the insect eye structure for high-resolution imaging. Using a unique structure, the camera acquires images at a wide angle that any camera cannot.

Scientists at KAIST, one of the most important scientific research institutes in South Korea, made a revolutionary invention in cameras and cameras. Using the insect-eye structure for high-resolution imaging, scientists managed to produce a very thin camera.

Using a unique structure that simulates insect eyes, the camera offers a very thin profile for lenses and a wide angle that any camera cannot provide. With this feature, the researchers think the new camera can be used in a variety of fields, such as smartphones, medical equipment, and reconnaissance equipment that require small cameras.

They were inspired by the insect eye:
To solve the problem of thin lenses, the research team developed a lens that mimics the structure of an insect called Xenos Pecky and combines it with an image sensor to produce the thin camera. Pigment cells in the insect’s structure block the light between the lenses, resulting in an image in each lens. The lens designed by scientists prevents the optical interference between lenses, enabling them to obtain high contrast and high resolution images.

The researchers managed to create the light-blocking structure and make the camera very thin using a photolithography process that prevents optical interference between lenses. Its direction is reversed to mimic the direction of the image sensor to minimize the thickness of the lens. When everything ended, the thickness of the final product was only 0.74 millimeters.

Researchers note that the thickness of the lens is half the thickness of a 10 won coin in South Korea. The sensor takes a large number of images and synthesizes them, producing a single high-resolution image. According to scientists, this lens also has the potential for commercial use.

Although it can be used commercially in smartphone cameras, reconnaissance equipment, and medical equipment, the researchers have not provided information on whether the camera will be available for commercial use yet.

Microsoft has developed a Mac theme for Windows XP