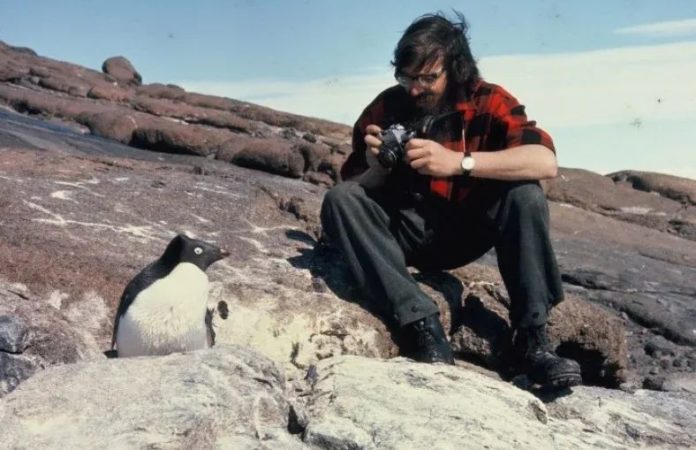 Researchers from the University of New England (UNE) in the Australia made the digital skeleton of UNE archaeologist Rowan Webb, who died in 2010 due to cancer disease and asked for his body to be used in scientific research.

Archaeologist Rowan Webb of New England University, who led many researches before he died in 2010 due to the cancer he had caught, wanted his body to be used in scientific research to contribute to science even after his death.

A team of UNE researchers and technical experts designed the digital skeleton of the successful archaeologist to fulfill Webb’s desire. The researchers, who created the world’s first digital human skeleton, will begin teaching online this weekend through their 3D modeling.

Speaking about the project, UNE zooarchaeologist Dr. Melanie Fillios said, “Webb had no idea about the technology we had. Now we will make sure everyone can learn from him. His family and those who know him will feel that he is still living in a way. ”

Rowan Webb, an archaeologist who died in 2010, will continue to contribute to science even after his death.
Webb’s digital skeleton was designed using the photogrammetry technique used to make documentation and produce 3D models without harming the essence of ancient artifacts. In the project, which was realized with the support of Sydney University, every bone in Webb’s body was photographed in detail.

“I finally took about 30,000 photos to get the most detailed images we could get from Webb’s skeleton,” said Michael Curry, a PhD student at UNE paleontology. It took almost a year to shoot, reconstruct and fine tune these images, but we’ve finally reached what we wanted to see. ”

“Photography work was just the beginning of the digitization process. “It took another year to create and develop 3D models from images,” said Curry. “We also needed to find a digital platform that everyone could access regularly, store models and photos, and prepare metadata.”

Around 30,000 photos were taken to model the bones in Webb’s body.
The digital skeleton of archaeologist Rowan Webb, who died in 2010, was made available to anyone with an internet connection anywhere in the world. Researchers say Webb’s skeleton can be used to identify the human bone in many applications, from human anatomy to studies named.

As the desire for online learning increases, the 3D models offered online become an important teaching resource, and the UNE archeology team hopes to have a 3D digital modeling collection where all universities and museums around the world can be used for research. You can take a look at the designed digital skeleton here.

NASA Is Looking For A Manager To Work With A Salary...