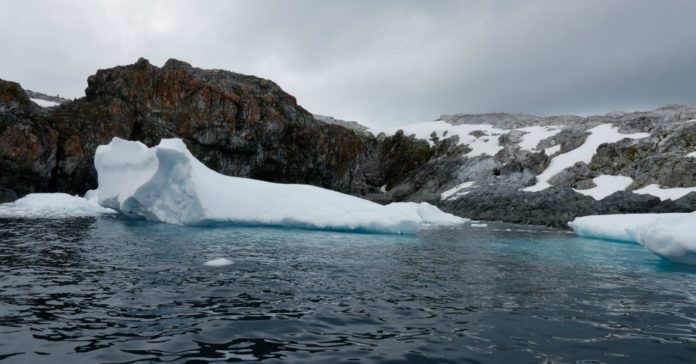 The United Nations weather agency announced in a statement today that new information from an Argentine research base at the northern tip of Antarctica is transmitted. If the information is confirmed, it will prove to be a record temperature for the icy continent.

World Nuclear Spokesman Clare Nullis said that the Esperanza base recorded a temperature of 18.3 degrees Celsius on Thursday, citing the figures sent from the Argentine National Air Service, and the 17.5 degree old record, which was last measured in March 2015, was broken.

After the announcement, the eyes were turned into a committee that organized the air and climate archives of the World Meteorological Organization. The committee is expected to confirm whether the measured temperature will be a new record in a very short time.

Research will be carried out to confirm the record temperature:
“Everything we’ve seen so far seems to be possible and shows a legitimate record, but of course we will start an official assessment of the temperature record after we receive the full data,” said the weather and climate rapporteur of the World Meteorological Organization. As a result of the researches, the signals of a wide report coming soon were given.

According to Cerveny, the record seems likely to be related to what is known as a partial ‘foehn’ event over the region in the short term. This situation; Although it is known as blow blow, let’s add that there is a kind of wind formed by the movements of the air descending along the slopes of the mountains and hills.

Glaciers continue to melt rapidly:
The World Meteorological Organization reports that the Antarctic Peninsula, located on the northwestern tip of the Antarctic continent near South America, has been warming almost 3 degrees in the last 50 years and is among the fastest warming regions in the world. The organization also adds that 87% of the glaciers on the west coast of the peninsula retreated during this 50-year period, and most showed an accelerated retreat.

Glaciers melting due to the global warming hazard and increasing temperatures are one of the main research topics of scientists. It is also proven that if the ice floes continue to melt as expected, the sea level will increase by half a meter. New studies on this subject are eagerly awaited by citizens all over the world. We will continue to convey new news to you.

Coronavirus Can Be Reactivated In Treated Patients