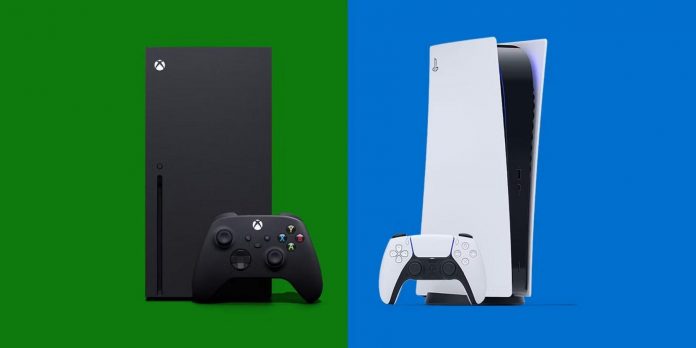 Ever since Nintendo and Sega came face to face in the 90s, fans have been arguing about the best manufacturers and companies for video game consoles. The so-called console wars are raging to this day, many are arguing about what is better than the PlayStation 5 or Xbox Series X, and it does not seem that everything will be resolved in the near future. Now a new study has tried to identify the most popular gaming console and manufacturer using social media data.

The study was conducted by TopRatedCasinos, and it examined data from Instagram, Reddit, TikTok and YouTube to determine which consoles and manufacturers people talk about the most. Of course, it should be noted that sales figures are a more accurate way to determine the popularity of the console, although they may not reflect modernity. For example, PlayStation 2 and Wii are the two best—selling game consoles, but today they are not used as often as 15-20 years ago.

According to the study, today the most popular game console is the PlayStation 4, followed by the Xbox One, which took second place. PlayStation 5 took third place, and Nintendo Switch — fourth. This was followed by PlayStation 3, Game Boy, Wii U, PlayStation 2, Xbox 360 and Xbox Series X. As for the console manufacturer, PlayStation took first place, Nintendo – second, and Xbox — third.

The most popular game consoles according to social networks

It is quite logical that PS4 and Xbox One are the two most discussed consoles on social networks, since at the moment they both have a large installation base, since they were released in 2013 and are still receiving new games. However, it is surprising that the Nintendo Switch did not get into the top three. Not only is it the current console, but Nintendo Switch sales have been extremely high, even surpassing the PS4. There’s also a lot of buzz around the Switch library and upcoming games, especially Pokemon Scarlet and Violet.

Another surprise was that the Xbox Series X, apparently, turned out to be the last. While it’s logical that the PS4, PS5 and Switch will surpass the Xbox Series X, it’s puzzling that the Wii U, Game Boy, PlayStation 2 and Xbox 360 have surpassed the Series X. However, this may be due to the fact that people simply don’t use the full name Xbox Series X when talking about consoles and games, but instead use the generic “Xbox”, especially since there are Xbox Series S and Series X consoles.

Microsoft no longer shares console sales data for Xbox systems, so it’s hard to say how they stack up in this area, but we know that Nintendo has shipped over 111 million Switch consoles, and it’s by far the best-selling current console. The PS5 is said to have shipped more than 20 million units to date, so it and the Xbox probably have a very long way to go if they hope to catch up with the hybrid of the Nintendo home console and handheld console.

90 Day Fiancé: The Other Way Star Stephen Goes On a...