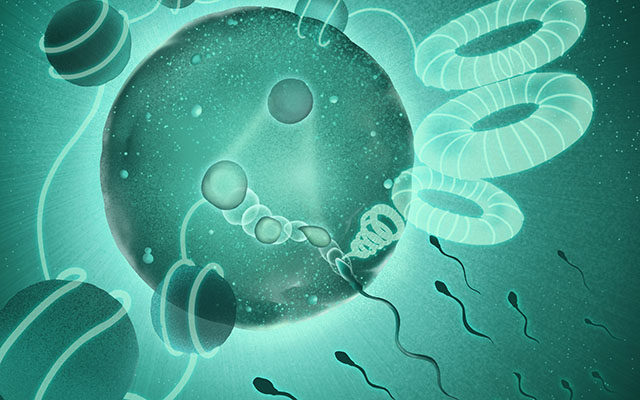 Scientists have observed an important mechanism for the process of combining sperm from the father and egg genomes from the mother to create a new person. It was revealed that the enzyme SPRK1 “opened” the genome of the sperm.

Our standard knowledge of human reproduction is clear: sperm, fertilize the egg, the embryo develops, and finally a new baby is born. However, scientists did not know exactly the process of how half the genome of sperm from the father and half of the egg from the mother came together.

Here, researchers from the University of California San Diego Medical School discovered that the enzyme called SPRK1 took the first step in opening the sperm genome by disabling special packaging proteins. With the elimination of these proteins, DNA from the father opens and the path for a major reorganization opens. All this takes only a few hours.

The process involving the enzyme was examined
The lead author of the article, published in Cell magazine on March 12, Xiang-Dong Fu said they were interested in answering a basic question about the beginning of life. The scientist noted that in this research, some people discovered a process that could lead to dysfunction, and they could explain the infertility with further investigation of the role played by SPRK1.

Sperm can be 1 in 20 of a normal cell in the body. Sperm, which carries half of the genome carried by a normal cell, needs to be folded and packed in a special way to adapt. One of nature’s solutions to this is to activate a protein of different type called protamine instead of a protein called histone.

The reasons for Fu and his colleagues to work on SPRK1 were completely different. The researchers were studying its ability in the RNA-binding process that “translated” genes into proteins. Researchers who observed that SPRK1 was overactive in colon cancer had developed inhibitors to blunt the enzyme.

According to Fu, SPRK1 started to play this role in early embryogenesis; later, RNA evolved to develop the ability to bind. In this way, the SPRK1 enzyme started not to leave here even when it was not needed for embryogenesis. Fu thinks that with new research, they can obtain new information about the problem of infertility in couples.

Scientists Come Closer to Solving the Greatest Mystery of the Formation...