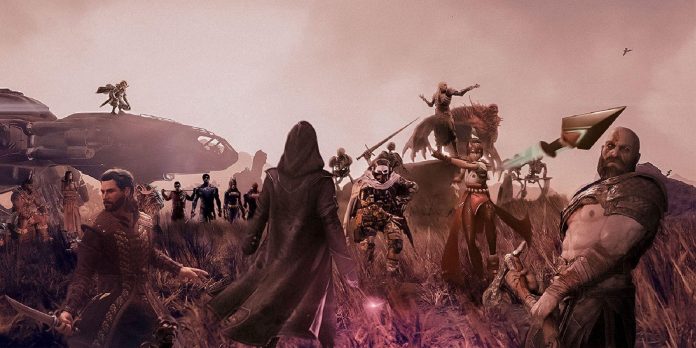 The study claims that 10 “most advertised” upcoming releases of video games have been identified, among which Grand Theft Auto 6 from Rockstar Games took first place. The free puzzle games website I’m-A-Puzzle analyzed Google search results to identify the 10 most anticipated future video games to be released in 2022, 2023 and beyond, and got some unexpected results.

The list was compiled based on the average monthly number of search queries around the world that games receive. Grand Theft Auto 6 took the first place by a significant margin, with 3,014,790 search queries per month. Hogwarts Legacy, the upcoming Harry Potter role-playing game from Avalanche Software, took second place with 1,641,470 search queries. God of War Ragnarok, the largest holiday game for PlayStation, was in third place with 1,298,120 search queries.

Completing the top five are Overwatch 2 with 1,051,850 search queries and Bethesda’s open-world sci-fi game Starfield, which had 690,490 search queries. The steep decline from Overwatch 2 to Starfield can potentially be explained by several factors. Firstly, Overwatch 2 is a multiplatform version, and secondly, it should be released in a few weeks. By comparison, Starfield is only launching for PC and Xbox Series X, and it doesn’t currently have a release date. Given this, it is logical that currently there will be less interest in the Bethesda game than in the upcoming heroic shooter from Blizzard.

The most hyped upcoming games

One thing that could work against Call of Duty: Modern Warfare 2 is that the game hasn’t had its big event and multiplayer beta yet. The multiplayer beta version of Call of Duty: Modern Warfare 2 is already available for PlayStation gamers with early access, and it is likely that if the research was conducted today, MW2 would take a much higher place in the list.

Despite this, the list shows that fans are looking forward to exciting new video games. Some of these games will be released in the very near future, such as Overwatch 2, Gotham Knights and Modern Warfare 2, and others in 2023, such as Hogwarts Legacy and The Legend of Zelda: Tears of the Kingdom. Others still don’t have a release window, like Grand Theft Auto 6, but there should be plenty of new games to play while fans wait.