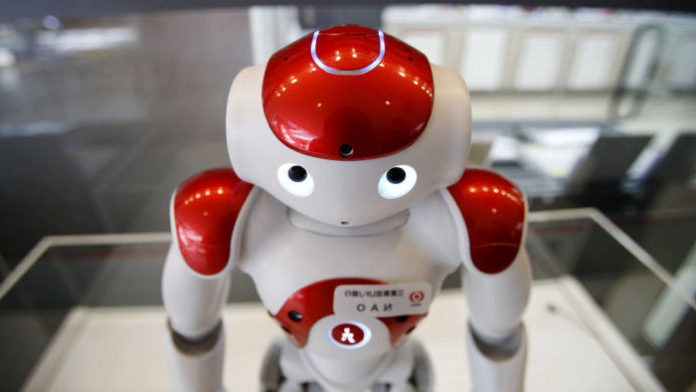 A new study published by Yale University revealed how robots can change the interaction between people. Let’s take a closer look at the research results.

Researchers wanted to see how the actions and expressions of the robot would affect the interactions between the three people. When he was not afraid to admit that the robot had made a mistake, it was discovered that this sensitivity also led to more open communication between the people involved.

“Sorry guys, I made a mistake in this tour,” said the robot, part of the study. It’s hard to believe, but robots make mistakes. ” This has led to people speaking more openly to each other. Other participants were provided with a robot that did not speak or spoke more objectively. Those involved in this study hardly talked to each other and said that they had a worse time in general.

Robots can steer the interaction between humans:
Margaret L. Traeger, the lead author of the study from the Yale Institute of Network Science, said, “We know that robots can directly affect the behavior of people with whom they interact. Our study shows that robots can affect human / human interactions. ” The results of the research are published in the journal ‘Proceedings of the National Academy of Science’.

It is difficult to predict how effective the increase in the number of artificial intelligence and robotic assistants will affect the daily lives and interactions of people in the future, but it is not true to say that there will be no effect. “We show that robots can help people communicate more effectively as a team,” says Traeger.

The research involved 153 people and 3 robots:
A total of 153 people participated in the study. All participants were divided into 51 different groups, 3 people and 1 robot each. Then all groups played a tablet game, where they had to work together to build the railway for 30 laps. One of three different robots was given randomly to 51 game groups.

Some played with a silent robot, while others had only a robot that made cold and statistical explanations about the game. Another group was given a more human-like robot that shares stories, accepts mistakes, and even jokes. Participants playing with these robots talked 2 times more with other players and said they had a better time overall.

Professor Nicholas A. Christakis said, “We are concerned with how society will change as we add artificial intelligence forms to the environment. “We need to evaluate how we program robots so they don’t destroy our behavior.” Researchers believe that robotics and automation in work environments, as well as simple games and social interactions, can have a significant impact on human employees’ communications and perceptions.

Coronavirus Application of the World Health Organization: WHO MyHealth