Home Sport Reporter Apologizes for What He Said about Dwayne Haskins 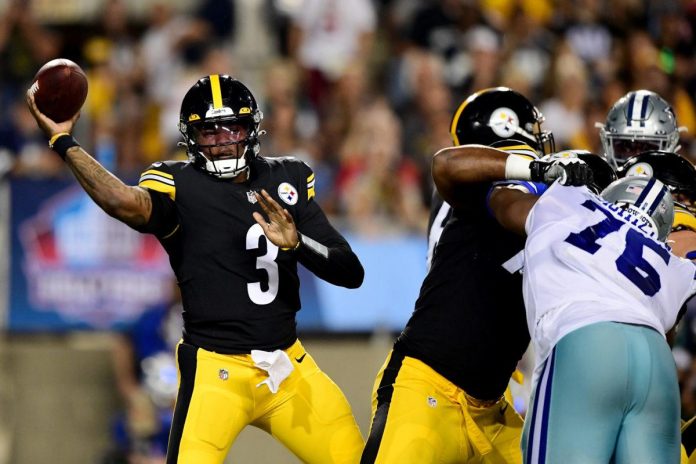 Fans and analysts of the Pittsburgh Steelers have been wringing their hands over the quarterback situation for most of the offseason. But one Steelers reporter went too far by mentioning quarterback Dwayne Haskins, who died in an accident earlier this year.

On Twitter Wednesday, TribLIVE reporter Chris Adamski tweeted that Mason Rudolph finished the 2021 season as a backup quarterback and that in the offseason, “the only other QBs the Steelers retired and died.”

It was a pretty heartless statement that quickly drew condemnation from NFL fans around the world. But Adamski soon realized his mistake and deleted the tweet.

Shortly after, Adamski tweeted an apology for what he said. He admitted that it was an unfortunate choice of words, and did not want Haskins to not exist. He apologized for disrespecting Haskins and his family.

I mentioned the Steelers 2021 QB in a tweet. Obviously, I used a bad choice of words. I’m sorry. I’m sorry it hurt people. I didn’t want to act like Dwayne Haskins didn’t exist. Yes, and by all signs he was a warm person to whom people were attracted and who liked to be around.

It turns me inside out that I showed disrespect to the deceased and his family.

Judging by the responses to his message, Adamski sees that his apology has been accepted by a large number of those who were offended by his initial tweet.

Dwayne Haskins was selected by Washington in the first round in 2019 after a career-high at Ohio State. He was finishing his third season in the NFL when he tragically died.