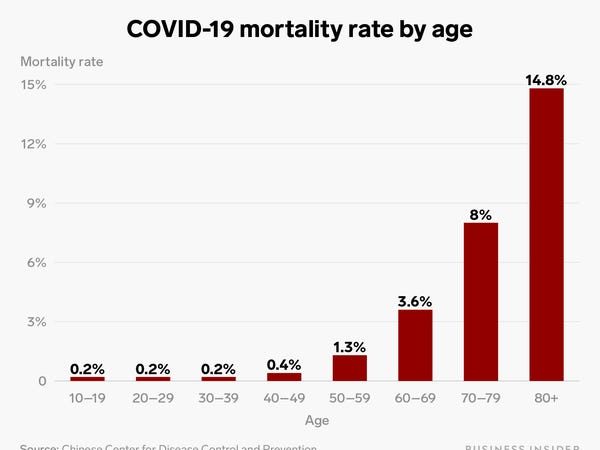 The China Center for Disease Control and Prevention prepared its first comprehensive report on the Corona virus. The report included striking information about the mortality rate of the virus by age.

The Corona virus (COVID-19) has crossed the border and began to appear in many countries around the world after it appeared in China. Several weeks after the virus appeared, authorities in China published the first comprehensive report on the mortality rates of the concerned Corona virus.

People with diseases are at higher risk of Corona virus. The report stated that the mortality rate in people with cardiovascular diseases, diabetes, hypertension and chronic respiratory diseases is higher than the average death rate.

Finally, Chinese officials revealed that the mortality rate for men is 2.8% higher than women. The death rate in women was reported as 1.7%.

Tedros Adhanom Ghebreyesus, President of the World Health Organization (WHO), stated in his statement yesterday that 3.4% of the confirmed cases died. Ghebreyesus stated that the virus has a more lethal effect than the flu, but it can be controlled.

It Was Announced That The Coronavirus Continues To Stay In The...