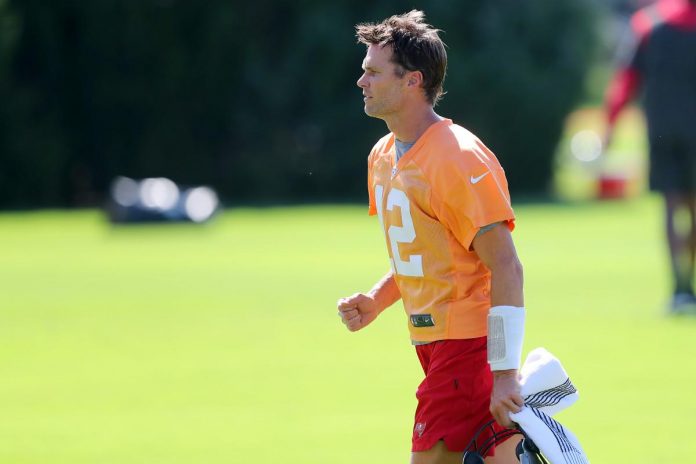 Rumors about Kyle Shanahan’s desire to get the great quarterback Tom Brady in 2020 and the budding quarterback Mack Jones in 2021 have been going around for quite some time.

“A year earlier, Kyle wanted to sign Tom Brady, and the resistance factor inside the building said, ‘No, no, no.’ We don’t do that,” Lombardi said on The Pat McAfee Show. “So Kyle comes back and he wants Mack Jones, and all of a sudden there’s an impulse on Twitter: ‘You can’t take Mack Jones there.’ He’s not good enough. You can’t hire Al Pacino to play Michael Corleone. You can’t do it, you can’t do it.”

With ties to the San Francisco area, Brady was widely considered a possible free agent option for the 49ers in 2020. Eventually, resistance from other high-ranking officials in the organization reportedly stopped this.

It is reported that Shanahan also hoped to select Jones at number three in the 2021 draft, but instead chose promising starter Trey Lance.

Tom Brady tells what life advice he gives to his children