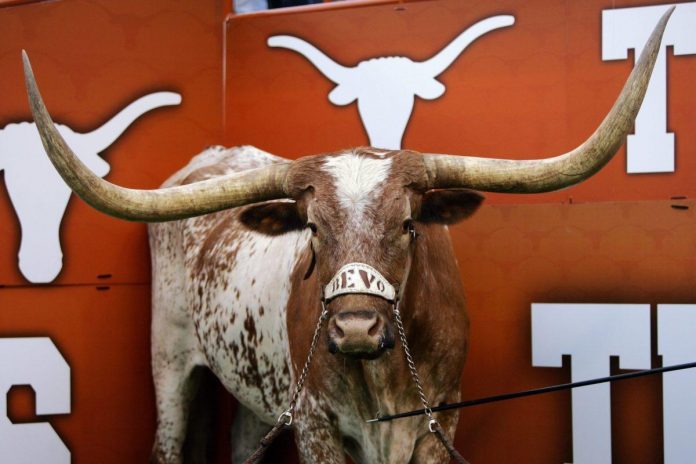 One fan has big problems after trying to install a mascot.

According to Anwar Richardson of Rivals.com , a fan came onto the field during the Texas-USA game and tried to ride Bevo, the Longhorns mascot.

“I had the opportunity to watch the second video (iPhone), which was not a grainy droid video. The guy really tried to get into the Bevo pit and was halfway there, but the officer stopped him. It was still a crazy scene,” Richardson said. tweeted.

It’s a good thing that this fan wasn’t seriously hurt, considering that Bevo weighs over 1,000 pounds.

There is also a high probability that this fan will probably not be allowed back into Longhorn games in the foreseeable future.

Watch: Crazy Brawl at an indoor soccer match this weekend –...