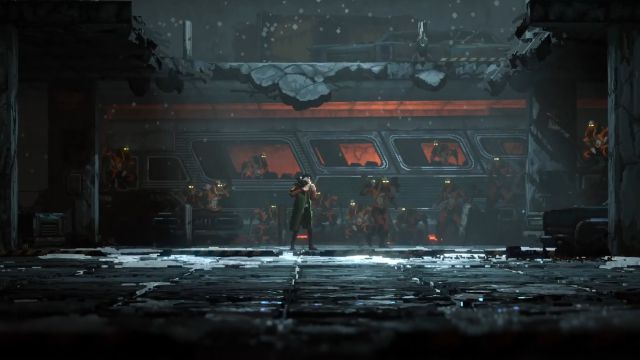 Replaced: The Xbox & Bethesda Game Showcase during E3 2021 has allowed us to meet Replaced, a very interesting 2.5D platform adventure. Replaced was one of the titles that was shown during the Xbox & Bethesda Game Showcase at E3 2021. Sad Cat Studios’ new work will take us to an alternative vision of the 80s, much darker and sci-fi than what is known. usually see. You can see his reveal trailer at the head of this news.

As we can read in the official description of the video, the game places us in Phoenix City, where we will be led to “discover its dark secrets.” “Replaced is a sci-fi, retro-futuristic 2.5D action platformer where you play as R.E.A.C.H., an artificial intelligence trapped in a human body against its will,” explains the editor.

The title will combine “cinematic platforming, pixel art and fluid free combat action with a deep dystopian story set in an alternate 1980s,” they conclude. The truth is that his trailer leaves no one indifferent. We see fight scenes that give way to moments where the narrative takes weight. The highlight of the trailer is its visual style, which grabs with just a glance.

Replaced is expected to debut sometime in 2022 on Xbox Series X | S, Xbox One, and PC. From day one you will join the Xbox Game Pass catalog. The team stresses that the version dedicated to the new generation will be “optimized”. In this way, you take advantage of recently released hardware.

Outriders Registers More Than 3.5 Million Players in The First Month