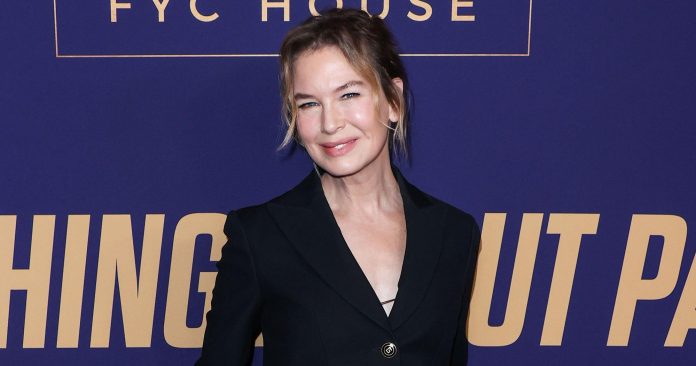 Renee Zellweger at the NBCUniversal FYC event “The Thing About Pam” at the FYC NBCU House in Los Angeles, May 18, 2022. Image Press Agency/NurPhoto/Shutterstock

Owning your age. Renee Zellweger has fully embraced her 50th birthday and says she will never return to her 20s.

Renee Zellweger through the years

“I couldn’t wait to turn 50! I love it! It made me realize that I’m not interested in being a 23-year—old,” said 53-year-old Zellweger Christe D’Souza of The Sunday Times in an interview published on Sunday, August 7. the moment when you can stop listening to all these voices in your head and all these expectations and projections that people have from you, and become more authentic yourself.”

The Bridget Jones Diary star recalled thinking, “Good luck to all of you suckers, because you have to go through a lot to get to my age, and I deserve my strength and voice.”

The most athletic celebrities over 50: Stars with killer bodies

Zellweger, who has publicly denied having plastic surgery in the past, noted that aging is beautiful even in Hollywood.

“[There are] all these ads telling us that we don’t need to look our real age if we just buy all their creams, their remedies and all the garbage they want to sell us. I’m like, what, you’re saying I’m not valuable anymore because I’m 53? Is that what you’re saying?” she explained. “There’s a big difference between being the best, brightest self and wanting to be someone you’re not.”

The Thing About Pam actress continued: “To be bright and beautiful, you have to accept your age, otherwise you live apologetically, and for me it’s not beautiful at all.”

The Texas native also insisted that people need to try to drown out the pull of social media and the desire to transform themselves into something that the masses will like.

“Look, as long as we believe in the idea that society is obsessed with youth, we perpetuate it,” Zellweger said. “Okay, so you want to look good? So go get your hair done, or fix your skin, or spend a day at the spa, or something else that makes you feel great. But let who you are, and what contribution you make, and how you present yourself at this age.”

The Oscar winner, who is dating Ant Anstead, told the publication that she wants to know who perpetuates the idea that accepting your age is not sexy.

“I talk about it all the time with my friends. Like, who does it? Who redefines 50 or 60 without saying, “Hey, look at me with no clothes on and I still look almost as good as I did then?” she continued, admitting, “I don’t want to be” almost who I was. I want to be a thousand times better!”

Star Judy concluded: “We have to change the paradigm. You really can’t do anything meaningful when you’re worried about whether you still look in your twenties. You just can’t.”