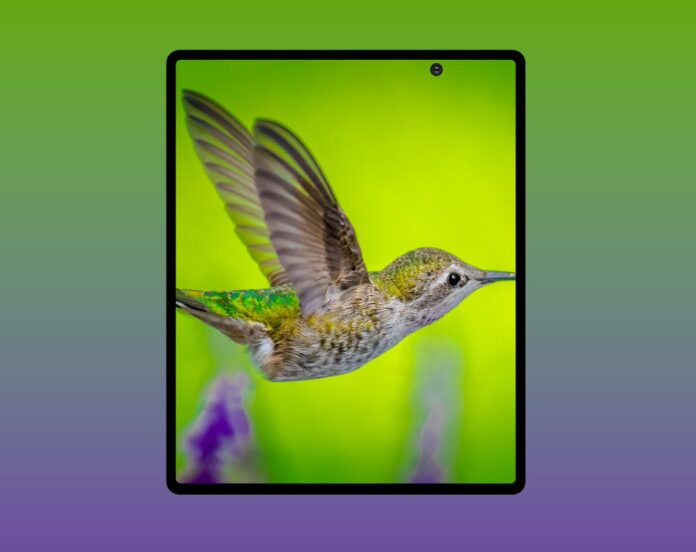 Samsung’s new collapsible phone Galaxy Fold 2’s new render image was shared by Ice Universe. It is clear from the images that Samsung is pursuing an interesting positioning strategy in camera design.

With the continuous development of technology, foldable phones have entered our lives. These phones, which have quite interesting designs, continue to develop gradually. Samsung, one of the largest foldable phone manufacturers; It managed to make its mark on the sector with Galaxy Z Flip and Galaxy Fold phones. The company is now preparing to launch the Galaxy Fold 2.

The features of the device are gradually revealed, just a short time before the launch of the Galaxy Fold 2. In addition to what appeared in the past days, new claims have now been made. An image that shows the thinner bezels of the device and the screen without any notches, if it was revealed last. Let’s take a closer look at this claim.

Here is the emerging new image of Galaxy Fold 2:

The rendered image published by the Ice Universe Twitter account, which has proven its reliability with what it shared before, shows the extraordinary placement of the front camera of the device. According to this calculation, Galaxy Fold 2 will have a 7.7-inch internal screen instead of the 7.3-inch screen that is in the original Galaxy Fold. However, the 3.8 mm screen frame will make the Galaxy Fold 2 thinner than the old device.

The device, which is allegedly powered by Snapdragon 865, will carry the perforated screen design. Ice Universe made the hole camera design claim even stronger by sharing the diameter of the camera hole to be 4.8 mm. Galaxy Fold 2 is expected to be more powerful in battery than its predecessor. The 4.500 mAh battery claim is currently the strongest claim.

Another well-known thing about the Galaxy Fold 2 is that it will feature the Ultra Thin Glass design. Although this type of glass is found on many phones, Samsung’s foldable phone series will be the first for Galaxy Fold. Although the price of the device has not been announced yet, there are rumors that the Galaxy Fold 2 will be cheaper compared to the original Galaxy Fold. We will continue to inform you as new information becomes available.

You can be hacked in seconds! Here is that WhatsApp scam

A New Era In The Combination Of Instagram DM And Messenger!