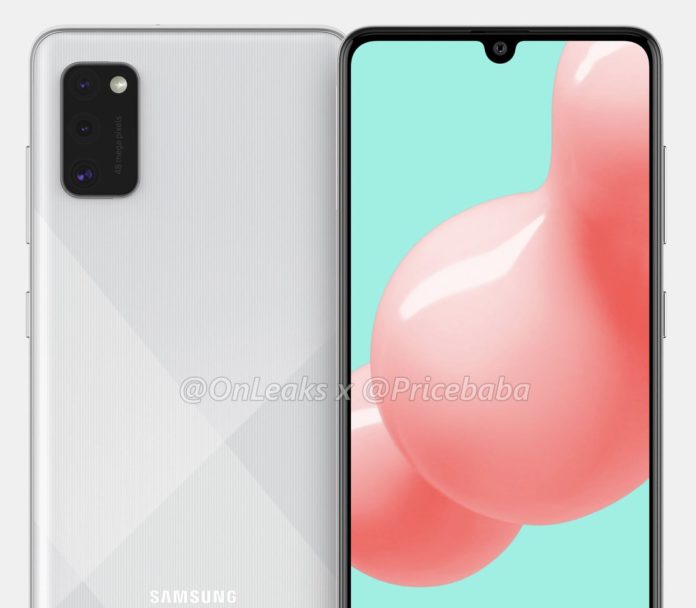 The rendered visuals of the Samsung Galaxy A41, which are planned to be introduced next month, have appeared. We have seen many curious features of the phone in the images shared by OnLeaks.

Announcing the Galaxy A51 and Galaxy A71 models last December, Samsung is preparing to remove the smallest member of the family. New information continues to come from the smartphone, which is expected to be released under the name Galaxy A41. In the images shared by OnLeaks, we see the rendered images of the smartphone A41, which Samsung will soon release.

Galaxy A41, which is expected to come out with a screen size of 6 or 6.1 inches, will have an Infinity-U display according to the published images. With the dimensions of 150 x 70 x 7.9 mm, the phone is expected to be 8.9 mm thick with the rear camera bump.

Equipment
The phone, which is expected to have a 3.5mm jack input that we cannot see on most phones today, is expected to have the Helio P65 chipset, 4 GB RAM, 64/128 GB storage and 3,500 mAh battery. The Galaxy A41 will also come with 15W fast charging support.

This information is not certain yet. Samsung will introduce the Galaxy A41 with its younger brother Galaxy A31 in March.