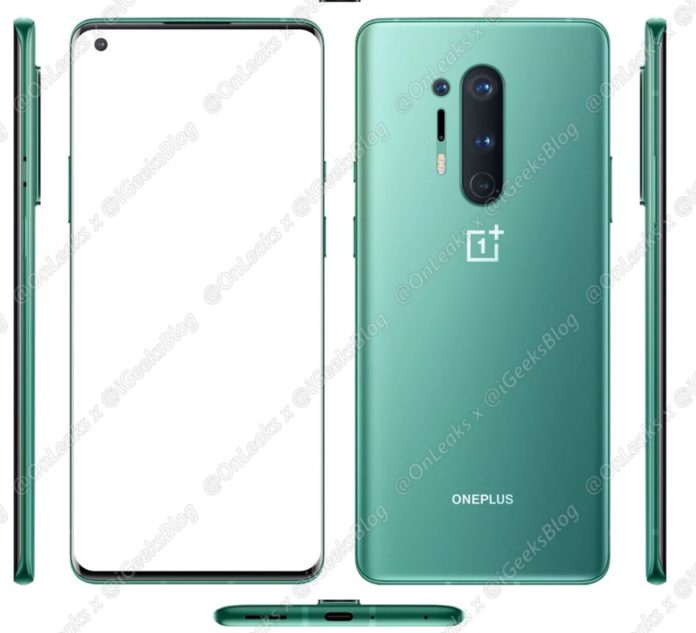 Render images of OnePlus 8 5G, one of the strongest names of the Android wing in the smartphone world, will be released this year. It can be said that the device is quite similar in design to the Pro variant.

OnePlus, one of the strong names of the Android wing of the smartphone world, is working on the OnePlus 8 series, which it will release this year. Photos of the company’s OnePlus 8 Pro 5G, the upper segment device in this series, were revealed. Now the images of OnePlus 8 5G have appeared.

We can say that the rendered images of the resulting OnePlus 8 5G are very similar to the computer-aided design released by Steve Hemmerstoffer, who released the images in October last year.

OnePlus 8 5G
OnePlus 8 5G, one of the phones that the Hong Kong based smartphone manufacturer will release this year, has almost the same design as the ‘Pro’ variant, which we can call ‘brother’. Both devices have a notch for the selfie camera in the upper left corner of their screens. The difference is that the Pro variant is 6.78 inches and the normal variant is 6.55 inches.

According to the information revealed, the device will have an AMOLED display with Full HD + resolution. The refresh rate of the screen will be 90 Hz. The camera notch in the upper left corner of the screen mentioned above will host a 16 MP selfie camera.

Looking at the cameras on the back of the phone, three sensors are seen. The main sensor among them will be 48 MP, the ultra-wide-angle lens will be 16 MP, and the lens, which is considered to be a macro camera, will be 2 MP.

Looking at the hardware included in the device, it can be seen that the OnePlus 8 5G will get its power from the Snapdragon 865 chipset. The phone will have 8 GB / 12 GB LPDDRX4 RAM options on the memory side. In addition, 128 GB / 256 GB UFS 3.0 internal storage options will be offered to users. The phone’s 4,300 mAh battery can be charged with 30W Warp Charge 30T fast charging. The phone will not feature wireless charging and reverse charging.