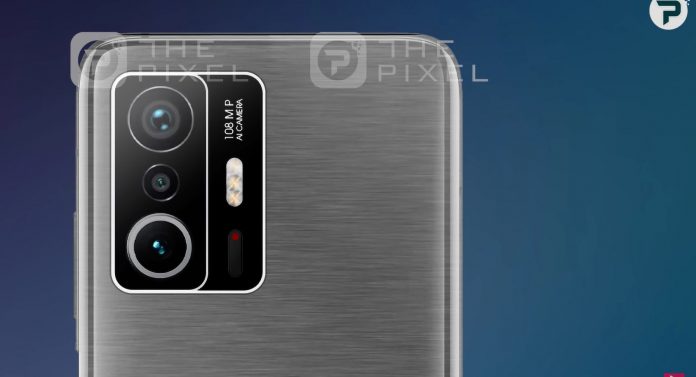 Xiaomi, which launched the T series with the aim of bringing the features that will not look like the flagships to the consumers at an affordable price, came up with the Mi 10T and Mi 10T Pro models last September. The successor of devices powered by the Qualcomm Snapdragon 865 processor is on the way: The Xiaomi 11T series is expected to be introduced at the event on September 15.

Allegedly, Xiaomi will bid farewell to the “Mi” jewelry in the new series. It is expected that the first products to be released by the company, which is announced to use its own name in its plain form in the products it will introduce in the future, will be the Xiaomi 11T and 11T Pro. Images revealing the design of the smartphone, most of which were leaked, were shared.

Xiaomi 11T will have a side fingerprint sensor

The source of the images is YouTube user The Pixel, who shared the basic features of the phone a few weeks ago. On the face of it, the phone appears to have a brushed metal design on the back. However, according to The Pixel’s statement, Xiaomi has used glass coating on both sides. On the other hand, it is also among the information that the Xiaomi 11T Pro will host a triple camera setup with a 108 Megapixel primary sensor.

The Xiaomi 11T series will position the fingerprint sensor on its side. While it is stated that both smartphones will use OLED panels, the screen refresh rate is expected to be 120 Hz in the Pro model. MediaTek Dimensity 1200 on the base model Xiaomi 11T; In the Xiaomi 11T Pro, the Snapdragon 888 processor is among the leaks that will be preferred.

The smartphones visited the websites of several European retailers before the launch. A price of 746 euros has been determined for the Xiaomi 11T 8/128 GB option. It turned out that the 8/256 GB version of the same device will have a price of 778 euros. 11T, which is stated to be on sale in three different colors; It will take its place on the shelves in Moonlight White, Meteor Gray and Sky Blue options.

Xiaomi 12 will surprise with its screen features!