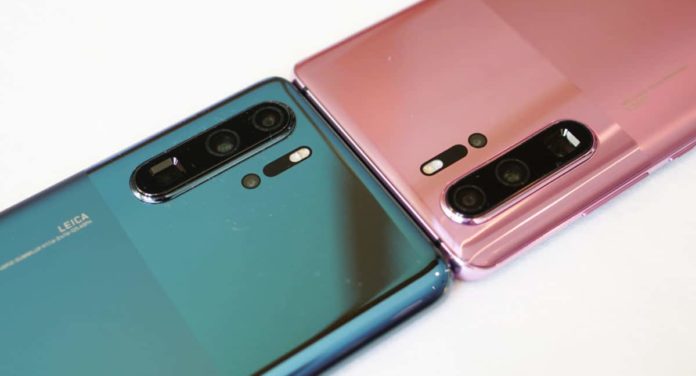 There are weeks from Huawei launching the P40 series. New information about the models that will be launched in March will continue to emerge. The last of this information was the Mint color option, which is said to have the P40 Pro model, but this information is not confirmed by Huawei like other information.

Chinese smartphone maker Huawei is getting ready to launch new members of the series after its success with the top segment phone P30 Pro released on March 26, 2019. Details about the P40 Pro, which has a battery of 5,500 mAh and 8 GB of RAM, which will turn out to be the second of the new members, continue to be revealed. The new rendered images of the phone bring the Mint color option together with tech enthusiasts.

What was the information we obtained before?
In the months we left behind, a lot of information and images belonged to Huawei’s P40 family. The last of these was the knowledge that the P40 family will come with three members, P40, P40 Pro and P40 Premium. It is stated that the main feature that distinguishes these three different models in the family is the sensors in the rear camera setups. Note that the P40 Premium model will have 5 sensors in the rear camera setup, but none of this information is still approved by Huawei.

How will the P40 Pro in Mint look?
The P40 Pro in the render image above has a quad rear camera setup with a main sensor of 52 MP resolution. This feature is a first in the world. The installation also includes a second sensor of 40 MP, an 8 MP periscope sensor and a three-dimensional scanning sensor.

It looks like the P40 series will have serious competition with Samsung’s S20 series. If we come to the main subject of our news, the Mint color option you see above looks quite stylish on the phone. This fresh color has given the P40 Pro an extremely heartwarming look. Perhaps this color option will be one of the colors that will be preferred on the phone, but we will have to wait a little longer to see the colors that the P40 models will officially have.

Wordle Is Acquired By The New York Times; Will It Be...