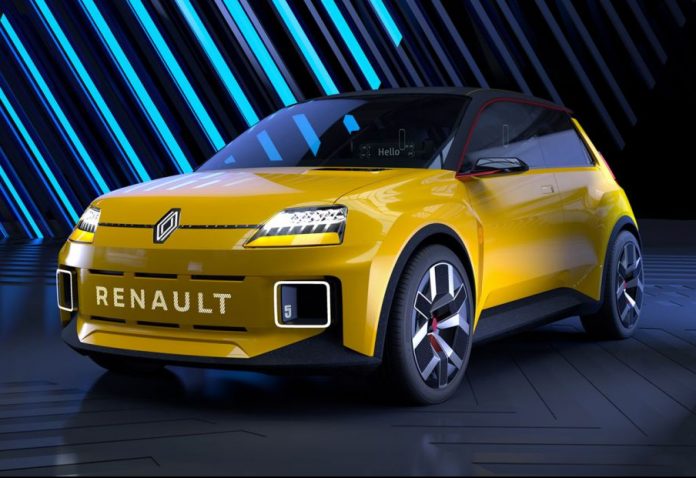 The Renault 5 Prototype is a Concept inspired by the mythical compact, which intends to hit the streets again.

As part of its future strategy, Renault has introduced the 5 Prototype, an electrical and retro project based on a product manufactured between the 70s and 80s.

Mainly this Concept is inspired by the GT Turbo sports variant, with a more aggressive aesthetic.

Its design maintains the general aspects with its flat roof and square headlights. It is also shown with wide rims and tires.

Already in the rear area, the gate and the headlights located in the upper area of ​​it respect their original location.

It also includes the details in red like the traditional model and other new appliques, such as its illuminated identification.

The air intakes in the bumper add up to 5 and the French flag appears in the rear view mirrors.

Meanwhile, this Renault 5 Prototype would be based on the brand new CMF-EV platform that offers great autonomy.

Apparently, this Concept will seek to supplant the ZOE that is currently marketed in Europe.

In this way, Renault will seek with this Prototype 5 to give life back to the urban compact that was once a bestseller.