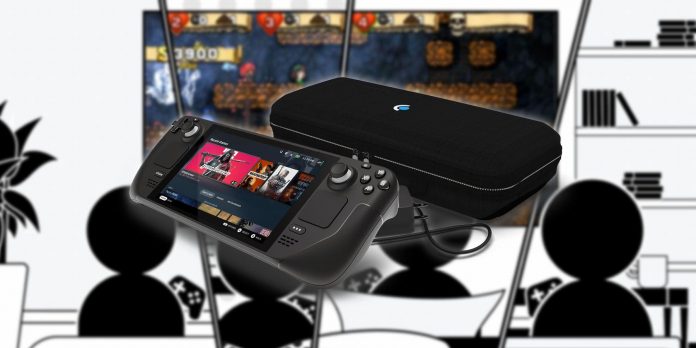 It’s only been a few months since the Steam Deck was released on the scene, and the system has gained a lot of recognition among players. Its portable design allows gamers to access their entire Steam library, allowing them to play many games on the go. Valve’s latest innovation has impressed many people in the gaming industry and in the community, and this portable PC has received widespread support. Steam Deck support is evidenced by the number of updates after launch since the release of the system.

These updates include improvements to the Steam Deck itself, and some recent updates add a number of new features to the system. This includes customizable in-game performance settings for Steam Deck, as well as some minor fixes to fix laptop PC issues. These fixes and updates have been frequent, using what the community has provided to deploy what needs to be addressed. The latest update for SteamOS and Steam Deck adds an important feature — remote play together.

The Steam Remote Play Together feature is usually part of the Steam client and was not part of SteamOS itself until update 3.2. Remote Play Together allows a player’s friend to remotely join him in multiplayer sessions, as if he were sitting next to him on the couch. This latest OS update makes this feature functional, and any game that supports it can be played on Steam Deck. This includes both hosting and joining Remote Play Together sessions.

There are also a number of other small updates that have been made to the 3.2 SteamOS update that improve the functionality of the system. One of them is the Steam Deck refresh rate, which can be adjusted on the fly. The default value of 60 Hz can now be changed to 40 Hz or any number between these refresh rates. This parameter can be saved for each game separately, which allows fans to find optimal performance.

Another big Steam Deck update includes the system’s fan behavior, including an OS-controlled fan curve that responds to various scenarios and temperatures. This allows you to configure the fan so that it runs quieter during low-load sessions. Other minor Steam Deck updates are listed on the Steam Community page, such as a notification that informs the player when there is less than 2 GB of free space left on his system’s SSD drive.