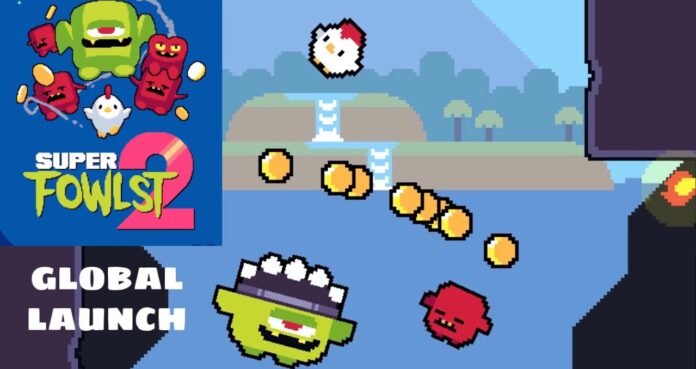 Super Fowlst 2, the 2D platform game of France-based mobile game studio CatCup Games, has been released for free for both iOS and Android users. The game, which is a very simple control system, can be enjoyed by those who love the arcade genre.

Having learned the release date earlier this month, Super Fowlst 2 was released for free on iOS and Android platforms after a curious wait. The production, which has achieved great success with the first game of the series, aims to reach more users with its second ring.

You manage a chicken in Super Fowlst 2, which hosts different characters. The game, where you will experience a different excitement in each level, has a simple control system. To pass the levels, you have to defeat the enemies that you encounter by using various techniques.

The more enemies you destroy in the game, the more coins you collect. Then you use these coins to buy weapons such as egg bombs and rockets. Thus, you strengthen your hand against your enemies waiting for you.

Super Fowlst 2, a game of the Pixel art type, can appeal to a wide audience nowadays when the longing for retro games is increasingly at the top. Although it consists of 8-bit colors and a few different sounds, the game, which may seem like a cure for boring days, is definitely worth downloading and experiencing.

As I said above, the game is completely free to download and play, but there is an in-app purchase option of $ 3.99 (27 lira) for users who want to remove the ads. You can download the iOS version of Super Fowlst 2 here and the Android version here.

Ubisoft: Assassin’s Creed Valhalla Won’t Be The Longest Game In The...