Home Entertainment Remembering TimeSplitters: The Story Of The Heir To GoldenEye 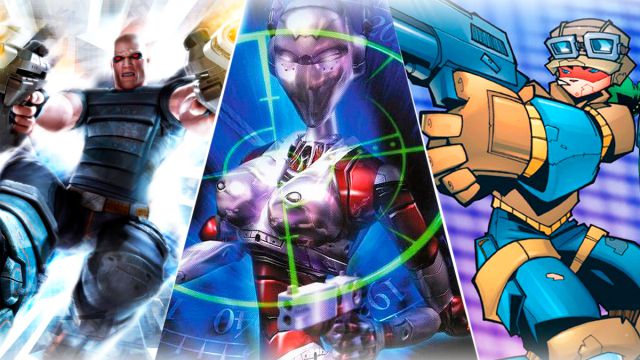 Remembering TimeSplitters: The British studio Free Radical is reborn, and with it one of the best FPS sagas of the 2000s is resumed. Today we review its origins and contributions.

It’s official: there will be new TimeSplitters. Or at least it is the intention, because, as its fans will know, it is not the first time that TimeSplitters 4 has been announced and so far the story has never ended well. The original plan was already to create it during the generation of Xbox 360, PS3 and Wii, but after the famous failure of Haze, the publishers turned their backs on the project and Free Radical – a study formed by some key members of Rare during the development of GoldenEye- ended up bankrupt. However, it did not disappear, but Crytek was acquired and renamed Crytek UK, although the move continued without signifying the return of TimeSplitters: in 2014, following a crisis in Crytek itself, the British division closed and a large part of the staff was transferred to Deep Silver, where it was grouped under the Dambuster Studios label.

With Dambuster Studios working on the ill-fated Homefront: The Revolution and the eternally delayed Dead Island 2, the TimeSplitters dream seemed just that, ethereal fiction. But sometimes dreams come true and, barely half a year after the announcement of the new Perfect Dark – another saga closely linked to GoldenEye – Free Radical and TimeSplitters 4 are a reality again. A still distant reality, yes, since the team is still in the process of formation and it will surely take several years to see the fruits. But Deep Silver’s willingness to listen to fans and bring Steve Ellis and David Doak back invites optimism. So let’s rewind and explain everything right from the beginning. This is the story of TimeSplitters.

Once upon a time in Rare

And the history of TimeSplitters begins, of course, in Rare. We could find many valid starting points, but the spring of 1997 has a preferential place because there, a few months after the launch of GoldenEye, was when Steve Hollis decided to program the multiplayer. It was not a mode intended as part of the project, and neither the senior officials of Nintendo nor those of Rare itself were informed until the team had already implemented it, but the proximity of the end of development and the amount of functional content already created for the campaign (weapons, maps, characters) made the benefits exceed the effort required.

Come the summer, GoldenEye appeared in stores surrounded by a greater expectation than the average film adaptation, although its real impact would be more evident in the long term. Initial sales were good, if not spectacular, but the game continued to move a high volume of units month after month, after month, for years. The excellent campaign with varied objectives, gadgets and an accessible and satisfying gameplay set the hook, but it was that improvised multiplayer that raised it to legend status (8 million copies, explosion of FPS and deathmatch on consoles) that nobody Starting with Rare, he had anticipated.

A Pokemon fan has created a version of Heracross in the...