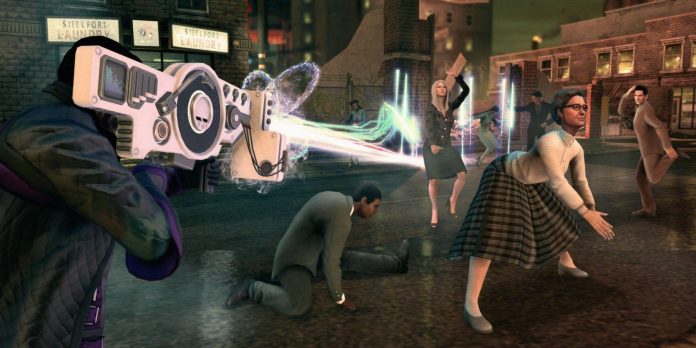 The Saints Row series has always used a more wacky style of gameplay, although this element has become more prominent as the series has progressed. In Saints Row 4, gamers played as the US president fighting an alien invasion, stuck in a simulation. Although the superpowers and unbridled chaos that came with it were a blast for many gamers, many longtime fans point to Saints Row 4 as the moment the series jumped the shark. However, the craziest part of the game is probably not the gameplay, but one of the available editions.

To promote the game, a special, one-of-a-kind edition was released, and the benefits make you quickly forget that it even includes a game. It has a sports car, international travel and even car insurance. To name a life-changing publication would not be an exaggeration, as it also includes plastic surgery and spaceflight. Although Saints Row 4 Super Dangerous Wad Wad Edition is largely a joke, it embodies what this series will do for the sake of extravagance.

link: How does Saints Row Character Creation Compare to Past Games

When Saints Row 4 was released in 2013, it came out in several editions, including a special limited edition set containing a Johnny Get statuette and a copy of the dubstep cannon, one of the funniest weapons in the game. For million dollar players, there was also a Super Dangerous Wad Wad Edition with bonuses going far beyond the Saints Row universe. As expected, a copy of Dubstep Gun was included with the game. However, he also came with a new wardrobe, a Lamborghini Gallardo and a Toyota Prius, as well as an annual auto insurance.

The package is not for stay-at-home people, because it also includes many experiences, including a week for two at the Jefferson Hotel in Washington, DC, and 7 nights at the Top Royal Suite in Burj Al-Arab, Dubai. Getting there is also not difficult thanks to the included first class flights to Dubai and Washington. After a relaxing vacation, the package owner can boost their adrenaline levels with a spy training day, a hostage rescue experience and a Virgin Galactic spaceflight to make sure their experience is truly out of this world. You will feel and look like a completely new person, because the kit also includes a personal shopper and plastic surgery.

It is not known if anyone has bought a million-dollar video game, although it is no longer for sale. Most likely, Deep Silver never intended for anyone to seriously buy it, since in the upcoming reboot of Saints Row, its own comic edition was released on April Fool’s Day, although this time it cost $ 100,000,000. The buyer had to become the CEO of Deep Silver, make a book deal, pay off student loan debts, and also get a used mega yacht and a fleet of expensive cars, among other benefits.

Super Dangerous Wad Wad Edition presents Saints Row at the peak of its madness, and it was an era when the series was always trying to outdo itself and give gamers a quirkier experience than last time. With the upcoming reboot, the developers have chosen a more down-to-earth approach, although the chaotic fun characteristic of the series will still be present. Before its release, gamers can create their own game characters using Saints Row Boss Factory.