Home Celebrity Remember when Bruce Willis allegedly sold his rights to Deepface? Not so... 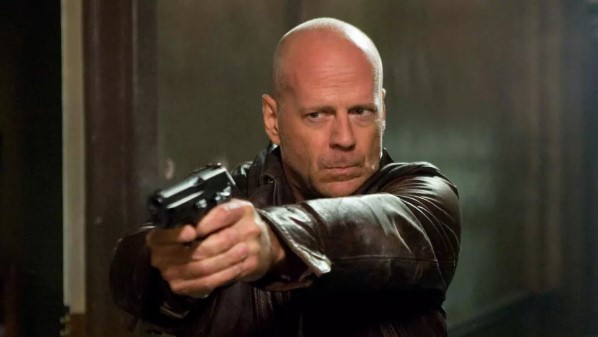 It is widely known that Bruce Willis officially retired from cinema due to health conditions. At the time, the star’s fans seemed saddened to hear about his personal problems and professional solution, however, a report over the past week seemed to indicate that his likeness would live on in future productions. It was said that the 67-year-old actor sold his rights to the deepfake to a company that planned to recreate it for future projects. However, we may want to slow down all this, as it seems that at the moment such a deal has not yet been concluded.

The initial report claimed that Bruce Willis had entered into an agreement with a company known as Deepcake. At the time the news broke, Willis’ alleged statement was circulated and he seemed to be quoted as saying he liked the “precision” with which his likeness was recreated. However, Willis’ representative released a statement to Yahoo! Entertainment and other news agencies also claimed in it that the star “has no partnership or agreement” with the company. At the time of writing this article, the technology firm has not yet given an official response.

At least one thing seems crystal clear: Deepcake would like to work with the “Die Hard” icon in the long run. In 2021, the corporation proved the complexity of its technologies by recreating an actor for a Russian commercial. The footage is really impressive and advertised on the official website of the company that generates deepfakes. Despite this, it remains to be confirmed whether the star ever wanted to make a long-term deal for his likeness. However, I believe that after watching the clip, some fans will want to see a recreation of the Hollywood veteran on their screens.

Bruce Willis’ retirement from acting was announced back in March, when it became clear that the star was leaving due to a struggle with aphasia. The disease impairs a person’s ability to formulate or understand a language. Willis’ wife, Emma Heming, supported him in various ways. In addition, Heming spoke frankly about her problems with caring for Willis and how it “affects her.” However, the family seems to stick together, and all this time Hemming has also been posting fond memories of Willis.

Most of Hollywood also spoke out after the retirement news. Sylvester Stallone and John Travolta were among those who reacted, and they shared some really nice feelings. Former colleague of Bruce Willis in the film “Nine Yards” Matthew Perry also shared positive emotions with him. And over the past few months, one of the sweetest stories about Willis came from Joseph Gordon Levitt, who recalled a compliment he received from his colleague in the film “The Loop.”

It was nice to see all this love, and many fans also sent their wishes. Although many of them would probably like to see the actor’s image on the screen for many years, a business decision in this regard had to get approval from him and his team. Let’s hope that if something happens, then this person’s legacy will be treated with respect.

Fans can see the star in his latest film Wire Room, which is currently available on VOD. You can also stream other Bruce Willis movies if you want.

With the hospital in chaos everyone is in the hands of...