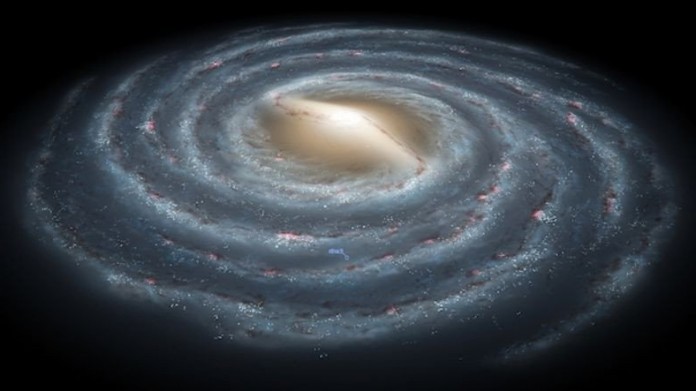 The remains of the lost galaxy, which was swallowed by the Milky Way Galaxy, were detected and made quite a stir in the scientific community recently. The Gaia spacecraft has detected the remains of a previously unknown lost galaxy located in the Milky Way Galaxy.
In the past months; A research team of astronomers from France, Germany and the United Kingdom observed a ‘feather’-like gas bridge connecting the Milky Way. Details of the observation carried out in Chile were published in the past months.

According to the article published in the Astrophysical Journal, this material extends from the galactic center and joins the galaxy’s two spiral arms. Researchers underlined that such a structure was displayed for the first time. Now, the remains of an unknown lost galaxy have been discovered in the Milky Way Galaxy.

Astronomers, who conducted research based on the data brought by the Gaia spacecraft, named this newly discovered galaxy as “Pontus”, which is one of the children of the goddess Gaia in Greek mythology. According to reports from the spacecraft, it was stated that the Pontus Galaxy fell into the Milky Way approximately 8 to 10 billion years ago.

Finally, astronomers interested in the Gaia spacecraft have announced that the development of the Milky Way Galaxy is still continuing, albeit slowly, in their observations. The European Space Agency stated that it will make other statements on this issue on 13 June 2022.