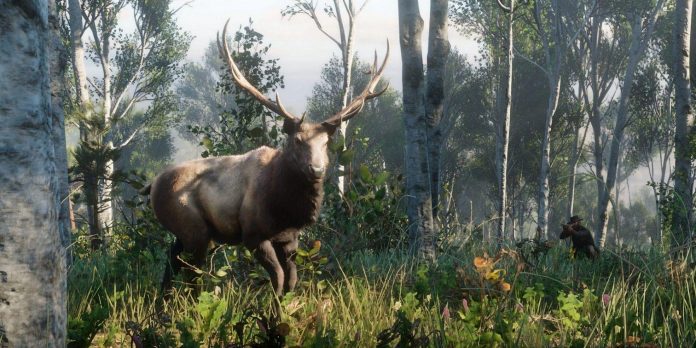 For many, Red Dead Redemption 2 is one of the most advanced video games ever made, and almost four years after its first release, it still rivals the graphics and details of the recently released games. Since Red Dead Redemption 2 is an open—world game, a lot of effort has been put into creating a massive Western landscape and giving players the opportunity to interact with the environment in an exciting way typical of that era.

However, as is the case with programming any complex video game, sometimes an error or an unexpected action of the player can lead to a strange reaction of Red Dead Redemption 2 systems. This is what was recently witnessed in Red Dead Online, which shares the mechanics of RDR2 hunting, when a Reddit user named PeasBeard found himself endlessly chased by an overly determined mountain elk around a tree.

Deer and moose in Red Dead Redemption 2 are conceived as rather timid creatures that often run away if they notice a player nearby. However, like the real Rocky Mountain views on which the RDR2 moose is based, the moose in RDR2 will attack the player with its horns if it has no other choice. The moose in the game usually tracks the player’s movement to a certain extent during this attack, but it is certainly not designed to pursue him endlessly, as can be seen from the clip of PeasBeard, which has the appropriate title: “Just leave me alone, dude.”

The real irony of this bizarre hunting moment is that a Reddit user came across this single-minded moose during a mission to hunt another legendary animal in Red Dead Online, the legendary red moose. This creature is so huge that it does not need to rush at the player to knock him down, as a simple collision with him usually leads to players being trampled to death. However, it is unlikely that the legendary elk would fight as hard as this accidentally encountered mountain elk.

In order for the animals in Red Dead Redemption 2 to match their counterparts from the real world, great attention was paid to details. But while this strange encounter of Reddit users with a moose can technically be classified as a bug or a glitch, it’s not entirely abnormal for a wild animal to become obsessively focused on attacking something or someone.