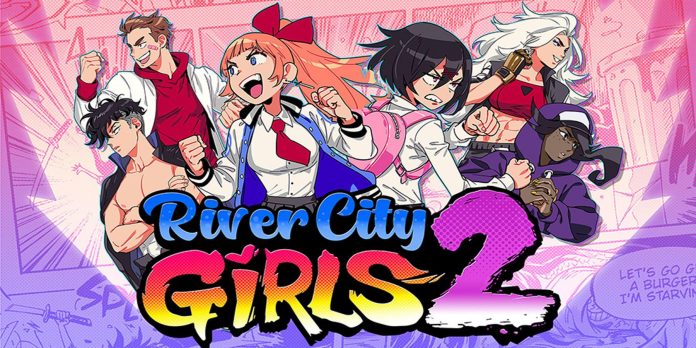 River City Girls 2 is the upcoming sequel to the beat ’em up role—playing game from Wayforward, published by Arc System Works. This game is conceived as a direct continuation of the first River City Girls game, released in 2019. This new installment of the Kunio-kun franchise follows the adventures of previous playable characters, Misako, Kyoko, Kunio and Riki, as well as two new playable characters, Marian and Provi. After the events of the first “River City Girls”, these six find themselves in a new adventure, where they will face an old enemy who has resurfaced.

River City Girls 2 aims to improve the first game in many ways, such as a bunch of new techniques and weapons, as well as the ability to hire enemies to help and fight. There is even a change of day and night, new terrain and dangers, as well as many new story interactions depending on the selected game character. Although this game was first slated for this summer, the game’s release date has been delayed.

This update was posted on WayForward’s official Twitter page to warn fans of the delay. Although it was originally scheduled for release at the end of summer 2022, a new release window has been announced to provide fans with a quality experience. The release window was not specified in this tweet, but instead it is likely to be released in 2023. In order not to leave fans in the lurch, the official cover of the game was also revealed.

The cover depicts all six River City Girls 2 game characters preparing for battle: Misako is armed with pink brass knuckles, and Kyoko uses a baseball bat. Both their boyfriends, Kunio and Ricky, are at the bottom, and newcomers Marian and Provi are on the left and right. Provi is a character from the older part of the River City Ransom: Underground franchise, and Marian is the main character of the Double Dragon series, which itself was borrowed from the Kunio—kun series.

As for the physical release of the game, it is provided by Limited Run Games. According to WayForward, these physical versions are on the way, but the vendor has not yet announced a pre-order window. As for other games from WayForward that will be released this summer, Spidersaurs has recently been released for all major platforms. This is a 2D run and shoot game in which players fight hordes of dinosaur and spider hybrids. This is another local collaborative game from an independent developer.

Person Who Brought Copy Of Squid Game From China To North...