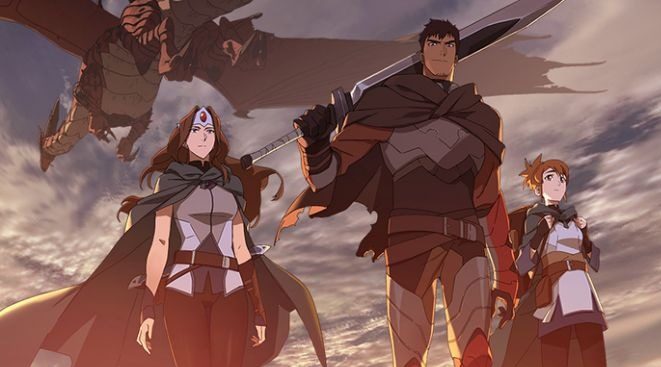 Netflix shared details about the new animated series Valve built on Dota 2, one of its popular games. The series, which consists of eight episodes and is named Dota: Dragon’s Blood, will meet the audience on March 25.

The series will tell the story of a Dragon Knight. This knight named Davion will struggle to “wipe the rudeness from the world”. Davion’s path will cross with an ancient Eldwurm dragon and noble Princess Mirana during this fight. As is customary in such heroic stories, Davion will encounter more events than he expected.

Ashley Edward Miller is executive producer of Dragon’s Blood. Miller previously worked as a screenwriter and producer on productions such as X-Men: First Class, Thor, and Terminator: The Sarah Connor Chronicles. The illustrations and animations are made by Studio MIR, who prepared Voltron: Legendary Defender for The Legend of Korra and Netflix.

“Fans of the game will love our approach to the Dota 2 universe,” Miller said in his statement about the series. He will be happy to see how we create a story that is epic, emotional and that grownups love. Cinematic animation, acting and music represent the next level. Thank you to Valve for your contribution to this process. ”

Dota 2, which forms the basis of the new Netflix series, met with actors in 2013. The game is the continuation of Defense of the Ancients, a MOBA mode for Warcraft III: Reign of Chaos. Valve aims to re-increase interest in the game with hero updates.

Oumuamua could be a piece of planet similar to Pluto