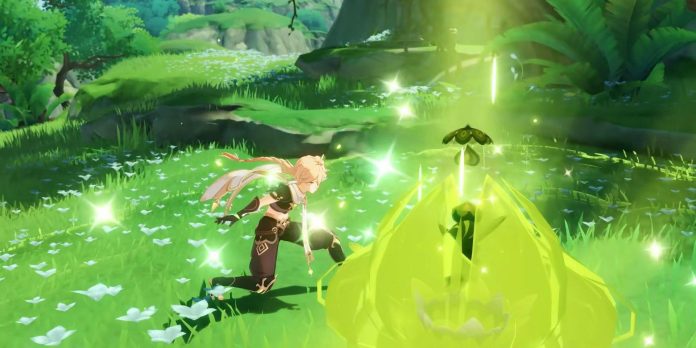 HoYoverse first announced the Genshin Impact 3.0 update in early July, even before version 2.8 was released, confirming that this would be the next major update to the game. Although the developers have not provided any specific information about the release date, Genshin Impact’s six-week update cycle allows players to predict the day with a significant degree of confidence.

Version 2.8 introduced one new character, a decent number of quests and an assortment of items, but version 3.0 promises to be much more important. To begin with, Genshin Impact 3.0 will introduce the Sumeru region, a completely new area with tropical forests and desert, about which even the manga gives little information. However, it is clear that this area is inspired by the cultures of South Asia and the Middle East, and it is home to the prestigious Sumeru Academy, which is repeatedly mentioned in the history of the game.

Related: Genshin Impact 2.8: Every Event in a New Update

The new quest lines are kept secret, but a certain teaser hints that they will feature the Harbingers of Fatui, the powerful and mysterious leaders of the villainous Fatui faction. A character from the manga Collie also appeared in the trailer, and according to leaks, she will be available at the beginning of version 3.0 along with other newcomers Tignari and Dori. It is confirmed that both Collie and Tignari from Genshin Impact 3.0 use bows, and Dori uses an Electro-based claymore.

Genshin Impact 3.0 is likely to be released on August 24

Version 2.8, which contained the Summer Fantasia update, was released on July 13, so if HoYoverse continues to follow the established pattern, fans can expect a Genshin Impact 3.0 release date of August 24. At the moment, this Genshin Impact 3.0 release date is just a forecast based on past update schedules. Perhaps the most revolutionary new feature is the seventh and final element (at the moment), the Dendro, which previously existed in the concept, but has not yet been used. The Dendro is basically the plant element of the game, and in addition to the Flaming Element Reaction that occurs when it touches the Arsonist, it will also have a Flowering Reaction with Hydro and a Catalysis Reaction with Electro. So far, Tignari and Colley are the only confirmed Dendro characters, but there are a lot of unconfirmed character leaks circulating online.

August 24 is just an educated guess based on HoYoverse’s previous update schedule, and while the company has historically released major fixes every six weeks, they’ve been rejected before. Version 2.7 took a little over eight weeks, and although this is an exception, the seemingly huge Twilight region in Genshin Impact may mean that this is the biggest update the game has seen in recent months. However, considering the fact that beta 3.0 started two weeks ago, HoYoverse looks exactly on schedule. Players can tentatively expect Genshin Impact 3.0 around August 24, when they will finally see if Sumeru is really as breathtaking as it seems.