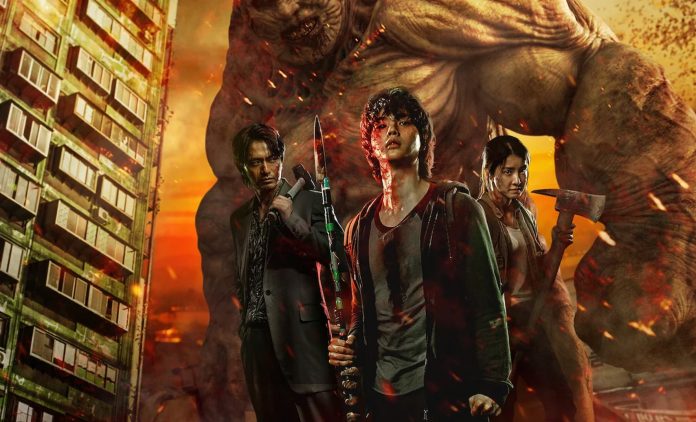 Among the most important productions that the Netflix streaming platform has promoted in recent months, Sweet Home stands out, released in December and presented as the dramatic adaptation in 10 episodes of the webtoon written by Kim Kan-bi and Hwang Young-chan, which obtained more 2.1 billion readings.

The dramatic adaptation is the work of Studio Dragon, who are the same creators of successful drama productions on the platform such as Crash Landing on You and Love Alarm.

Sweet Home has become the first Korean content to rank in the top 10 of the most viewed in the United States and among the most requested globally.

As you will remember, Sweet Home is a horror series starring Song Kang, Lee Jin Wook, Lee Si Young and Lee Do Hyun, leading a cast of renowned South Korean stars in which the characters must face a terrible event in the world that transforms people into monsters according to their darkest feelings.

Given the great investment that Netflix is ​​making to include more and more Korean content in its catalog of options, several of its most successful productions have begun to promote second seasons such as Love Alarm and Kingdom, among others.

With respect to Sweet Home, although there has been no official announcement of the date for a second season, it is very likely that it will happen but if it happens it would be expected for the year 2022 taking into account that the first took eight months to be ready, it could even be talk about the year 2023 if the pandemic delays recordings as it did during 2020.

The cast that would participate in the second part of Sweet Home would be led by the survivors of the first season such as its protagonists Song Kang, Lee Jin Wook and Lee Si Young, in addition to some characters in which it is not very clear what was their luck like actor Lee Do Hyun.

The final moments of the last episode left many questions unanswered. In fact, the 10 episodes didn’t cover everything that happened on the webtoon, so it would be disappointing if they put it on hold.

How did Brad Pitt break into Hollywood?