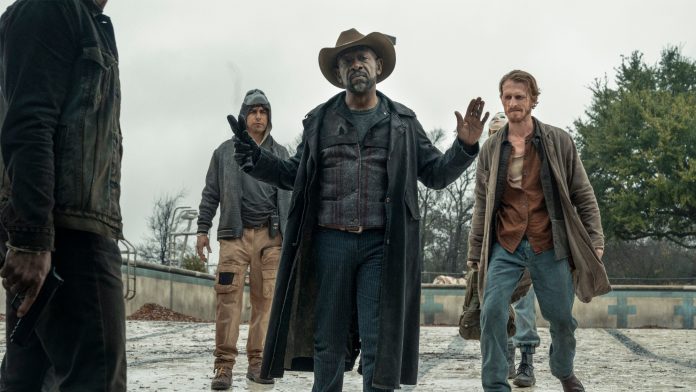 The AMC network premiered season 6 of Fear the Walking Dead in October; and after the broadcast of episode 607, titled “Damage From the Inside” said goodbye to the fans to make the first half of the season hiatus early.

The series derived from The Walking Dead has a delay in the broadcast of the new episodes of season 6, due to the coronavirus pandemic that is also affecting the television industry.

Fear the Walking Dead will continue with the sixth installment by launching episode 608 “The Door,” which will serve as the premiere for the second half of the season, starting on April 4. The same date that is scheduled for the culmination of season 10 of The Walking Dead.

The date was confirmed by the AMC network this Thursday through a video that shows the programming of the premieres of all the series of the The Walking Dead franchise.

And is that with the next episode of season 6 of Fear the Walking Dead, fans will once again see Morgan Jones (Lennie James) meeting with the group of survivors of the zombie apocalypse, who were separated by Virginia (Colby Minifie).

On episode 608 of the zombie drama, in an interview conducted by ComicBook.com late last year with the Walking Dead showrunner Scott Gimple, the producer shared the following:

“I’m just going to say 608 is a huge episode, just its ramifications, the excitement, the intensity. I know why we didn’t do it. It was because of [coronavirus delays]. But I just saw the cut totally finished, all that we could. put together, and I can’t wait for people to see it. ”

“It’s a really good episode. And there are a couple of sequences that I still think about, that I knew what they were on the page. We had talked about them. But seeing [they realized], how they came out was just [huge].”

Is Jin in a Survival Reality? This is What We Know