Home Sport Reinaldo Rueda: “We lose Alexis Sánchez in a moment of happiness” 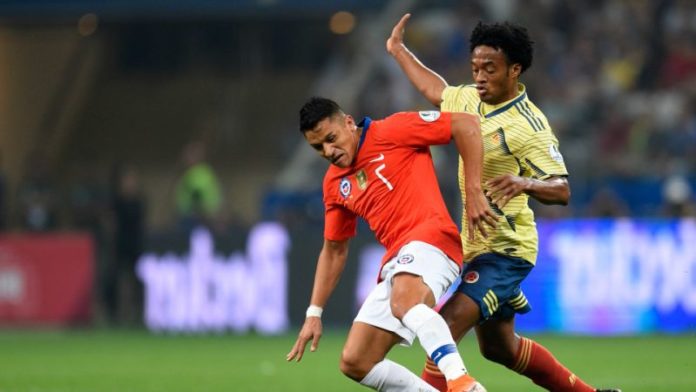 On his arrival in Chile, the coach of the National Team, Reinaldo Rueda, referred to the complex situation that Alexis Sánchez is going through after suffering a dislocation of the long peroneal tendon of the left ankle in the match that ended even without goals against Colombia in Alicante, Spain.

“It was what our medical body had diagnosed. You know that Alexis feels a great passion and it is a shame because we lose him in a moment of happiness in his new stage with Inter,” he told reporters at Pudahuel Airport.

It should be remembered that Wonder Boy was operated successfully; however, the remainder of the year will be lost with the Lombards and, in addition, it is ruled out of the latest La Roja friendlies in 2019, against Bolivia in Chile on November 15 and against Peru in Lima on the 19th of next month. It could reappear in January.

THE BALANCE OF THE TOUR

On the other hand, DT Caleño took stock of the tour of the national team, which finished the double FIFA date with a 3-2 win over Guinea. “The work is still being done, looking for alternatives. They were two intense matches, with two different styles and with a good response from those selected who had the opportunity to participate. I think they were up to par,” he said.

“These matches helped us identify player moments, have alternative solutions. It is positive that of (Jean) Meneses, that of (Christian) Bravo, that of (Felipe) Mora, because it is not easy to take responsibility for being a starter and more after the success of this Selection. It always costs and little by little these guys are responding, “he added about the same.

He also spoke of the busy reunion between Arturo Vidal and Claudio Bravo, confessing that “there was a lot of camaraderie, a lot of respect. They are players who have built all that process, and above that respect and that passion there is nothing else,” he said.

Regarding the criticism he receives from the fans, the Colombian coach was clear and tried to lower his profile. “I think the fans are very noble. Apart from the passion for the national team, (the fans) know the transition that Chilean football is going through and we can only hope that we can meet the goal,” he said.

Finally, he had words for Norwegian-Chilean attacker Niklas Castro, who was nominated as a guest since he does not yet have a national passport. “He has a lot of speed technique, a lot of sensitivity for the goal and we hope his situation will be legalized and maybe next year we will have him,” he closed.