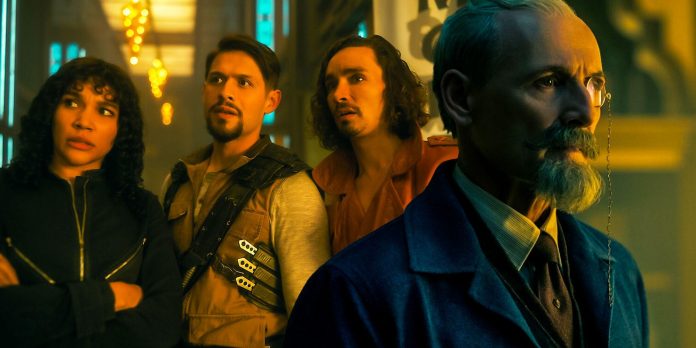 Reginald Hargreaves’ return in the third season of Umbrella Academy may be more important than it seems. The head of the Hargreaves House has been the focus of the Netflix series from the very beginning. After his death, he reunited Umbrella Academy. Season 2 has revealed quite a few new details about the Hargreaves patriarch, but now that he’s alive in the altered timeline of Season 3, Reginald may be more important than ever.

In the third season of Umbrella Academy, Reginald returned and headed the Sparrow Academy, seven superpowered people who were also born on the same day as the main characters. Since Umbrella Academy changed the timeline in 1963, the present has also changed. Reginald is still alive, and now that he is no longer the father of the real Hargreaves, his monocle is also intact. Reginald’s monocle was destroyed in the original Umbrella Academy timeline, but he brought it back in the third season. It may seem like a trifle, but the monocle is one of the most important elements in Reginald’s arsenal.

Although certain changes have been made to The Umbrella Academy comics by Gerard Way and artist Gabriel Ba, the Netflix series has retained certain ties to the source material. Reginald with a monocle is one of them. However, the series has yet to reveal the secret abilities of the monocle — this may change in the third season of Umbrella Academy. In the comics, Reginald’s codename is “Monocle”, and that’s how he prefers to call himself, not his name. The object gives him the opportunity to see people as they really are. The Fifth has used it in the past, and now that Reginald has brought it back to the show, maybe it will finally be used. Umbrella Academy, which may or may not know what it can actually do, may steal the monocle to learn some truths about the new timeline. This, in turn, can help them figure out how to restore the original timeline without further damage.

It is also possible that the Hargreaves will find out the truth about Reginald being an alien by looking through a monocle. At least, a monocle with such abilities certainly explains Reginald’s wealth of knowledge— he always seems to be one step ahead of his children. His plans also assume that he sees what others do not see. Given that Umbrella Academy has not yet figured out why Reginald wears a monocle all the time, despite the fact that he is an alien, it is likely that this important information will be revealed in the third season. It can’t be a coincidence that Reginald’s return also brings back his monocle, and it’s time for the series to take the next step in uncovering the truth about it.

Umbrella Academy worked without being able to see the whole picture, working against time to save the world in different time frames. However, even the time spent by the Fifth with the Commission could not reveal the whole truth about what was happening. Perhaps the 3rd season of Umbrella Academy will finally provide the Hargreaves siblings with the information they need to fix things, and the monocle may be exactly what they need for that.