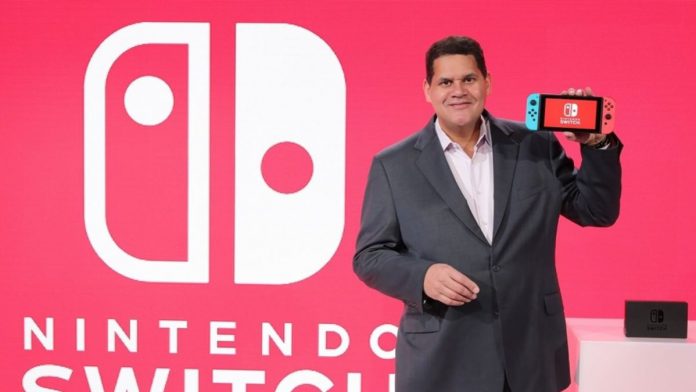 The former president of Nintendo of America points to what could have happened at Nintendo if the great success of Nintendo Switch had not occurred.

Although he no longer serves as President of Nintendo America, the charismatic Reggie Fils-Aime continues to be part of the video game industry from other fields, having even been present at the last The Game Awards gala, of which he had been a regular in the past. editions. Meanwhile, he has been seeing how Nintendo Switch is enshrined as a great success for those in Kyoto, with sales figures whose pace has no signs of slowing down, something very necessary after the commercial failure of Wii U, as he himself has recognized in an interview.

“Nintendo has made so many innovations … I think we did it with the Nintendo Switch, and after the few Wii U sales, that’s my last memory in the company,” begins Reggie, who also recalls other commercial failures of Nintendo. People forget now, but when the Wii U was released, its lifetime performance was very poor, it is the worst-selling platform. Maybe Virtual Boy was worse, but Wii U did well below what was expected in the market. ”

“And when your only business is video games, the next one has to be successful, and the Nintendo Switch is still a dynamic platform that is selling exceptionally well,” he continues. “The company’s ability to create the concept, to bring it to life, to market, with not just great first party content, but also third party and indies content, is something I will always be proud of.”

A full stop for Nintendo

Finally, he emphasizes the great importance of Nintendo Switch after a difficult stage with Wii U where expectations were not met. “Nintendo Switch really was a defining product for the company, hit or miss, and thankfully it was a hit,” he concludes.

The latest figures put Nintendo Switch sales at more than 70 million units sold after four years on the market, compared to the 13 million units that Wii U sold throughout its life cycle after its arrival in 2012.