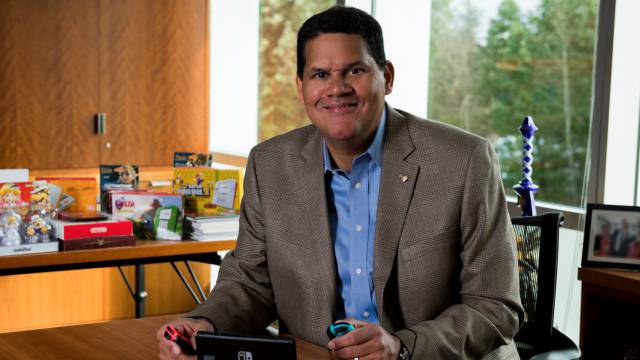 The former director, once president of Nintendo of America, left the company in full swing in the success of Nintendo Switch. He left very calm.

The success of the Nintendo Switch did not take Reggie Fils-Aimé by surprise. The former director, who left Nintendo of America almost two years ago after fourteen seasons helping to empower the company’s brand from the North American division, has acknowledged that one of the reasons for his retirement in April 2019 is that he could do so knowing that the console was going through a sweet commercial moment.

Speaking to Gamertag Radio (via Nintendo Everything), the current member of the board of directors of Brunswick Corporation has explained how that process was, the transition between his departure and the delegation of his old role to Doug Bowser, current president of Nintendo of America. To understand it, it is necessary to understand the context in which the firm was at that time: in full meteoric rise with Nintendo Switch after the commercial failure of Wii U.

“No, it was not a surprise to me,” says Fils-Aimé, when asked about the success of the Nintendo Switch, which currently has 79.87 million units worldwide – data updated until December 31, 2020- and it grows faster than the Wii in its day. “And I say this because the first time I saw a Nintendo DS the hair on the back of my neck stood up. The team was demonstrating a prototype of what would later become Nintendogs. I immediately saw its potential, ”he explains, explaining what he felt with the dual-screen laptop more than a decade earlier.

The launch of Nintendo Switch was “a defining moment”

Same sensations with Switch as with Nintendo DS and Wii, two of the company’s most successful platforms with more than 154 million units and 101 million units sold worldwide, according to data from Nintendo itself.

Reggie felt that the Nintendo Switch responded to a widespread market demand, that of those without time who wanted to take their home console anywhere. “It was a defining moment,” he adds, praising the hardware team for having found the ideal platform for all types of audiences, a versatile console. On the success of Switch and his laugh: “But no, it was not a surprise and, honestly, knowing that I was going to be successful is what helped facilitate the decision of my retirement, because I knew that the company was going to be in very good shape. hands for at least a few years ”.

Huawei Relaunches Mate 40 Pro and More Phones With HarmonyOS, But...