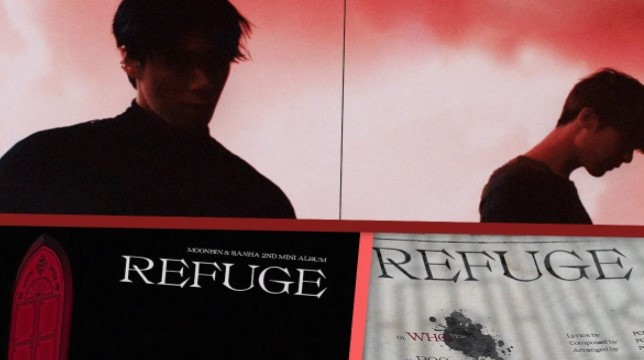 ASTRO members will be testing their talents as a duo, Moonbin and Sanha teamed up to create ‘Refuge’, what songs will this upcoming mini album have?

ASTRO is a K-Pop group full of talented artists, all of whom manage to shine with their various talents and abilities both in the studio and on stage; Although it has been a while since their last full comeback, the band does not forget their fans.

In the month of January, Rocky and JinJin released ‘Restore’, a duo mini album that revealed more of the talents of both idols and AROHA did not stop supporting them in this release with a fun concept and all the skills of these two members. from ASTRO.

But now, two more members of ASTRO are preparing to release their second mini album together and continue delighting AROHA with their talents, it is Moonbin and Sanha who worked together to release ‘Refuge’, their next release will feature new songs for the fans.

What is Sanha and Moonbin’s Refuge tracklist? The idols have already shown what tracks their new release will have and we can’t wait for its premiere.

Through the official social networks of Fantagio, the agency that manages ASTRO’s career, the tracklist for ‘Refuge’, Sanha and Moonbin’s next mini album, was revealed; this new release will have 5 songs and it seems that they will be full of mystery.

WHEN WILL REFUGE BY MOONBIN AND SANHA BE PREMIERE?

The premiere of Refuge de Moonbin and Sanha de ASTRO is scheduled for March 15, 2022, the company of the members of the idol group has already shared the schedule of activities for this release where the exact date of their comeback was revealed.

There is almost a month left to enjoy the talent of Moonbin and Sanha, but idols will continue to generate great anticipation for this release with many teasers and more activities.

In other ASTRO news, Sanha will also be acting in a new drama, so don’t miss out on any more of her talents outside of music.

Chiquis Rivera and Lorenzo Mendez together, they say