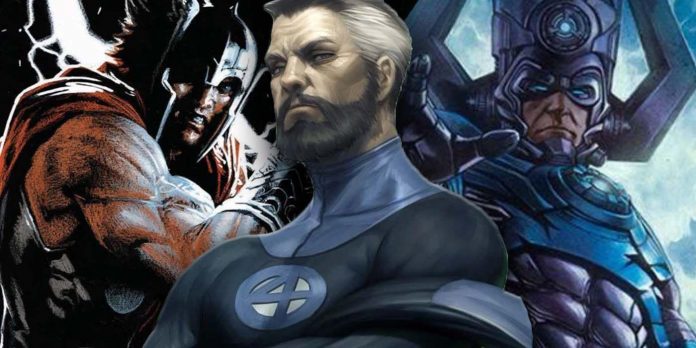 Reed Richards designed a weapon so powerful that it was created not only to destroy the Galactus space juggernaut, but also to make even Thor afraid of the machine for killing gods. When Mr. Fantastic’s hard drive fell into the wrong hands, Hydra tried to bring to life one of its most dangerous inventions in the form of Zero, a killer android created to eat the gods. Although it was designed to stop the Devourer of Worlds, Thor must equally worry about the creation falling into the wrong hands.

Reed Richards is one of the most brilliant minds in the Marvel universe, as the hero of the Fantastic Four has created several incredible inventions with very dangerous potential. From the prison of the Negative Zone, designed to hold heroes who refused to register under the Superhero Registration Act during the Civil War, to the Bridge that allowed Reed to look into different realities, there is nothing too big or small for a hero of genius level. However, in one story, his projects to stop Galactus fell into the wrong hands, which could have destroyed gods like Thor if it had been built.

In Wolverine #30 by Mark Millar, John Romita Jr., Klaus Janson, Paul Mounts, and Randy Gentile from VC, Wolverine teamed up with S.H.I.E.L.D. to destroy some of the most dangerous organizations and weapons in the Marvel universe. In the arc, Hydra stole Reed Richards’ hard drive, giving them access to projects to create an android potentially capable of destroying the world. Zero, which has nothing to do with the King in Black Knull, was originally developed by Mr. Fantastic as a machine for killing gods, capable of eating gods such as Galactus. Wolverine and his team get in the way of building Zero, but the machine proves that Thor and the other gods have to worry about what Reed Richards can do.

As stated in the comic, Null is just one of the “eight thousand” ideas on the stolen hard drive. Although Thor is a much more powerful hero than Reed Richards in one-on-one combat, the fact that he created a god-slaying creature capable of fighting Galactus should worry Thor and the other Marvel gods. Besides Null, who knows what else Reed modeled?

Fortunately for Thor and the other gods of the Marvel universe, Mr. Fantastic is on the side of the heroes. But when his designs and inventions fall into the wrong hands, as they did in Wolverine #30, he becomes one of their biggest threats, even unintentionally. Reed Richards, creating a weapon against Galactus that can kill gods, can be incredibly useful. However, for Thor, this represents his own potential destruction and shows that even the greatest Marvel heroes should be afraid of what the brain of a Fantastic Four hero can create.