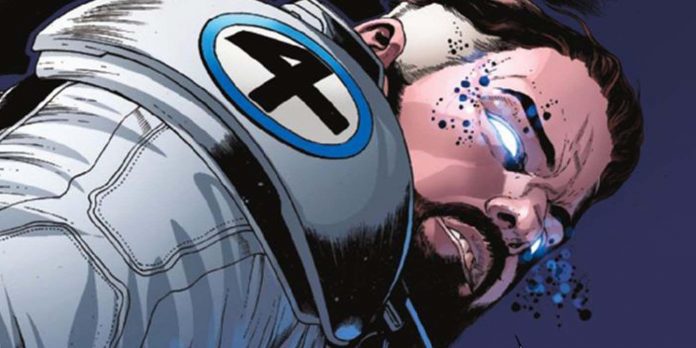 Warning! Spoilers for Fantastic Four #44 from Marvel Comics below

Sue Storm is unhappy with Reed Richards, as his revelation that his new abilities are killing him makes her admit that this is the worst thing he’s ever done. In Marvel Comics’ Fantastic Four #44, Sue learns the truth about Mr. Fantastic’s powers and their deadly effect on him. The invisible woman, without wasting time, calls her partner, asking how he could hide such important news from her and their children.

To learn more and stop the Reckoning, Reed Richards received an incredible but deadly power boost after uploading all the Watcher’s knowledge into his own brain in the current event “Fantastic Four: The War of Reckoning”. Unfortunately, his new abilities, although extremely valuable in the space battle, have strained Mr. Fantastic’s brain and will lead to his death within a few hours. Now Reed is showing why he is one of Marvel’s worst partners by letting Sue Storm and the Fantastic Four find out the truth about the cost of his powers, admitting that he will die and there will be no cure.

In Fantastic Four #44 by Dan Slot, Rachel Stott, Davide Tinto and Andrea Di Vito from Marvel Comics, Sue Storm meets her husband on Top of all realities, immediately wondering what happened to his head as it changed shape with his new powers of Observation. Reed Richards admits that his Watcher-like abilities have improved, and that this change is killing him. Reed tells Sue that he didn’t tell her he was dying because he didn’t want to distract his partner or the Fantastic Four during their crucial mission against Payback. After being told the truth, Sue doesn’t mince words, telling Reed, “This is the worst thing you’ve ever done,” asking how he could keep a secret from her and their children.

In the legendary story of the Fantastic Four at Marvel Comics, Reed Richards has never been a great partner with Sue Storm. But hiding the truth from her that his Watcher powers killed him is one of his biggest betrayals, even if he thought he did it for the right reason. Despite the fact that Reed subsequently made an impassioned speech about how knowing everything couldn’t compare to meeting her and that she was right about what matters in their lives, it doesn’t negate the fact that he proves once again that he is one of Marvel’s worst partners.

It’s unlikely, but hopefully Reed Richards will learn a lesson from keeping it a secret that his powers were killing him, away from Sue Storm and his family. If he doesn’t want to lose his wife forever, Reed needs to be honest, especially about life and death situations. In this case, he didn’t give Sue the respect she deserved as his partner, making the big news of his death one of the worst things he’s ever done. Once the “Payback War” arc is over, it will be interesting to see if Sue can forgive Reed Richards for not telling her the truth. Fantastic Four #44 from Marvel Comics is already in comic book stores.

BTS prepared a special surprise for You Quiz On The Block