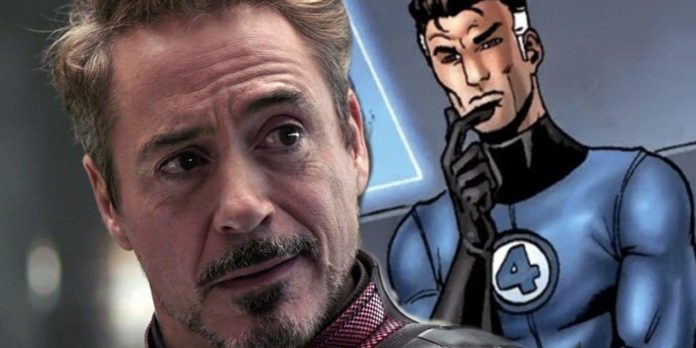 Measuring intelligence can be somewhat subjective, but in most lists of Marvel geniuses, as a rule, Reed Richards is at the top. The leader of the Fantastic Four is certainly one of the most brilliant people, but during this year’s Hellfire gala, Iron Man proved that the smartest doesn’t always make you the smartest.

Mr. Fantastic is one of the most intelligent characters in Marvel comics, who discovered the Negative Zone and cosmic rays, which endowed the Fantastic Four with power. He created artificial intelligence, interdimensional portals, and even unstable molecules that most heroes use to keep their costumes from falling apart. Reed has conquered space travel, time travel and the multiverse, and no other character has come close to his achievements, except Tony Stark. Iron Man is an obvious genius who has mastered electrical engineering and mechanical engineering, chemistry, computer science and physics. Although he is often rated lower than Reed, Tony has created some of the most sophisticated technology ever seen, including nanotechnology, his Endo-Sym armor, and even powerful armor capable of killing a celestial. Unlike Mr. Fantastic, Iron Man’s intelligence is more impulsive. Reed is a fickle and absent—minded scientist who sometimes neglects his family, friends and bodily needs in pursuit of a problem. On the other hand, Tony is more erratic and usually rushes to solve a problem before he fully understands it.

Iron Man is a doer, and Mr. Fantastic is a thinker, and nowhere is this illustrated as clearly as in the pages of X—Men: Hellfire Gala #1 2022. With the creative team of Jerry Duggan, Russell Dauterman, Chris Anka, C.F. Villa, Matteo Lolli and Carlos Gomez, at the second Hellfire Gala, Reed confesses to Tony that Professor X and Magneto stole the device plans from his head and then erased his memory. Mr. Fantastic has been dealing with this disturbing problem for some time and has never worked on its solution. On the contrary, Iron Man immediately confronts Emma Frost and sows the seeds of political struggle among the Krakoa mutants. This act proves that Reed may be smarter, but Tony is smarter, and this is a huge advantage.

During the events of the X-Men/Fantastic Four 2020, Charles Xavier used his powers on Mr. Fantastic to steal plans for a device that could mask the X-gene in mutants. From espionage to war, this invention could have incredible benefits for the Krakoa mutant nation. Despite the fact that his memory was erased, Reed found out what was stolen and did nothing with this information. On the contrary, Iron Man goes straight to Emma Frost, meeting her in a room full of outstanding mutants and heroes, where it would be difficult to spoil his memory unnoticed. Predicting the end of Krakoa, he hints at what was done to Reed. Frost and Xavier belong to two different political factions in the Quiet Council of Krakoa, and almost certainly Tony knows about it. By giving her enough bread crumbs, he sows the seeds of discord among the ruling council of mutants. Then, before leaving, Tony stops to congratulate Firestar on being elected to the X-Men team and remind her of her loyalty to the Avengers. In a few short conversations, Stark can cause discord among the mutant nation and recruit a possible informant. No matter how smart Reed is, Tony demonstrates a mind that surpasses his abilities.

When you measure the sheer intellectual power of Tony Stark and Reed Richards, there is no comparison. The leader of the Fantastic Four is an intellectual center, but as Iron Man proved during the Hellfire Gala concert, being smart is more than just the ability to invent brilliant machines.