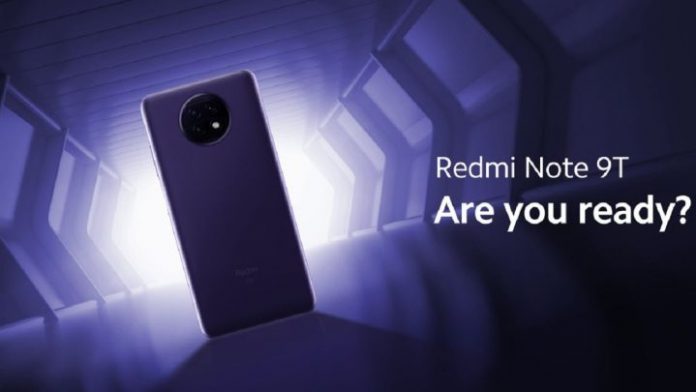 Xiaomi is one of the Chinese mobile brands that attracts the most attention to consumers. Its balance between quality and price is well known to all, especially if we go to its Redmi range, a brand that manufactures phones up to the mid-range. And this is where the firm has struck a new blow on the table with the new Redmi Note 9T and Redmi 9T terminals.

This is the first Redmi Note with 5G

Mobile manufacturers have it easier to produce products with the latest in telecommunications technology. Everything happens to have a processor according to this characteristic, but to have a good phone, the rest of the specifications need to be interesting, something where the screen, the cameras or the battery play an important role. And it is at this point that Xiaomi has arrived with the presentation of the Redmi Note 9T.

Last year we already met the Note 9 family, but now we have a new device that straddles the new generation and the old. We find a mobile with a 6.53-inch screen and FullHD + resolution and a 13 MPX selfie camera housed in a hole. Another thing that attracts attention is in the part of the base, where we find dual speakers.

If we go to the back, we find an encapsulation with three cameras arranged in a square formation next to the flash. Here you will have a 48 MPX main lens in addition to 2 MPX in a macro sensor and a depth sensor. If we get inside, the Redmi Note 9T has a tray to put two NanoSIMs and a Micro SD card. This will serve to expand the 64 or 128 GB of internal space.

As for the processor, the MediaTek brand appears with its Dimensity 800U, which will offer good performance and 5G to the device. It will be supported by 4GB of RAM. Nor does it lack details such as the NFC, USB C port and 3.5 mm mini jack as well as a 5,000 mAh battery with fast charge.

The Redmi 9T, the tighter version

Redmi has not stayed in the launch of the Note 9T, it has also released the ‘small version’. Here we are talking about a mobile of similar dimensions on the screen, a 48 + 8 + 2 + 2 MPX rear quad sensor and an 8 MPX front. For its part, there is no 5G with its Snapdragon 662 processor, but it adds 6,000 mAh to the battery.