Dejavú? Not quite: it is okay that the Redmi Note 9 line is already an “old” known in the Western market, after all, Xiaomi made the new smartphones official in the first half. However, with the peak of the new coronavirus pandemic, the company was unable to take them to its main market: China.

For this reason, the mobile phone family is receiving new, more powerful brothers with 5G connectivity to be launched there. One of the most awaited models is the Redmi Note 9 Pro 5G, which promises to be the most powerful of this new wave of devices. Well, the box in which the product will be marketed has been published on the internet.

The photo appeared on Weibo, as a detail in the publication by Lu Weibing, general manager of the Redmi line. The box bets on a look little adopted by the company, which until now has always been on a simpler design path. It has some illustrations and many colors, of course, with the name of the device written very large on the front. 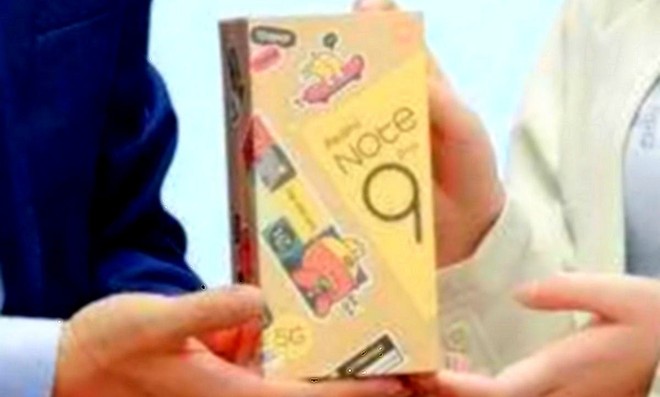 The device itself has been the target of several leaks over the internet, and we already know that it will change its look compared to Western Redmi Note 9. The camera module, for example, will bet on a circular shape for the lens housing. The main sensor should be 108 megapixels.

In addition, he should bring a fingerprint reader on the power button, not on its rear. Its LCD display would come with a 120Hz refresh rate. It could be configured with up to 8 GB of RAM, bringing the SoC Snapdragon 750G and a 4,820mAh battery. Everything suggests that the smartphone is actually the Mi 10T Lite 5G, just renamed.

The new Redmi Note 9 line with 5G will be made official on November 26th.

18+ Scenes of New Episode of The Walking Dead to be...

“Zombieland” May Have Had Mark Hamill’s Cameo

Dragon Quest: The Adventure of Dai on Crunchyroll