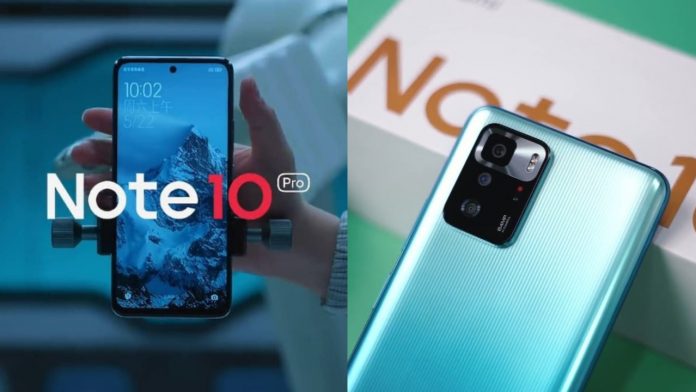 The latest smartphones have generally gotten better in durability. Especially for phones protected with Gorilla Glass Victus, a separate parenthesis should be opened. Because these smartphones show twice the resistance even compared to the current Gorilla Glass 6. One of the models that best proved this was the Redmi Note 10 Pro.

Redmi, Xiaomi’s brand that produces affordable smartphones, introduced the new Redmi Note 10 series at an event organized in China. These phones, which come with better features compared to global versions, also proved themselves in terms of durability. Coming as the most ambitious model among them, Redmi Note 10 Pro passed the tough tests without any problems and filled the eyes.

Xiaomi passed the Redmi Note 10 Pro model through a very rigorous test and showed it in a video that it shared. The device subjected to various tests; It struggled fiercely in the endurance tests including scalpel, stones and nuts.

In the tests, the Redmi Note 10 Pro was also thrown into a washing machine filled with small stones and metals. The device was removed from the machine at the end of these tests and received almost no impact.

Finally, the team that carried out the tests threw walnuts and ice cubes at the stationary Redmi Note 10 Pro. However, the mid-range phone was able to pass this test without any problems, as in the others.

It is worth noting that this phone, which is currently on the market, is specific to the Chinese market only. The main thing to tell here is to show how durable the Redmi Note 10 Pro, protected by Gorilla Glass Victus, is.