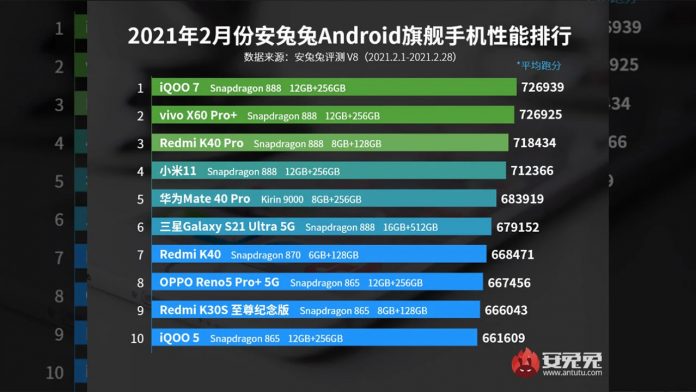 Rankings began to change in AnTuTu test results in February. In AnTuTu’s list of “the most powerful phones of February”, the Redmi K40 overturned its flagships and settled in the top 10.