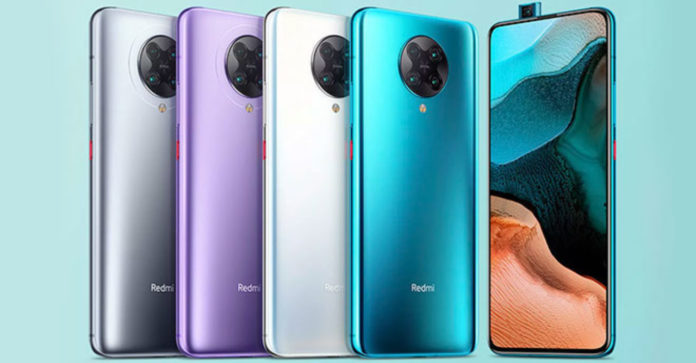 K30 Pro, the flagship model recently introduced by Redmi, surprised many people with its 60Hz screens. The general manager of the company clarified this issue.

Recently released smartphones have high screen refresh rates. Many companies even use these features in their ads, and a new flagship has almost no chance of not having such a screen.

We almost say, because the Redmi K30 Pro was released as a flagship with a 60Hz display. This situation was quite unexpected and social media users also shared criticism of the company.

The decision was already taken
Redmi general manager Lu Weibing decided to explain why the company made such a decision. Weibing said in a statement that the decision was made about the technical features of the device about 10 months ago.

He later explained that they would not make any changes at this point just to increase the screen refresh rate. Because changing the screen was at risk of causing problems on many points of the phone. This is especially true when it comes to battery life.

The reason for choosing Redmi’s standard screen was basically based on full screen experience and battery life. This led the company to choose between battery life and screen refresh rate.

Although the company’s 60 Hz screens are criticized due to the speed of its renewal, it is quite sufficient quality. As a result, the screen used in this smartphone is used with the Samsung E3 AMOLED panel.

Redmi K30 Pro satisfied with 60Hz display
The screen of the new phone has a touch sampling rate of 180 Hz, which is quite an impressive number. It also supports HDR10 + output and holds TÜV Rheinland’s Global Eye Care Certificate. The brightness of the screen goes up to 1200 nits.

It is not that hard to understand why Redmi users are unhappy with this decision. First, the year 2020 and now the flagship phones’ screen refresh rate starts at 90 Hz. In this sense, they think the phone is lagging behind.

Another problem is the screen of the Redmi K30. This phone came with an LCD display with 120 Hz screen refresh rate. Moreover, this device was not even a flagship, it was a phone called the middle class.

What do you think about the new Redmi K30 Pro? We are waiting your comments.