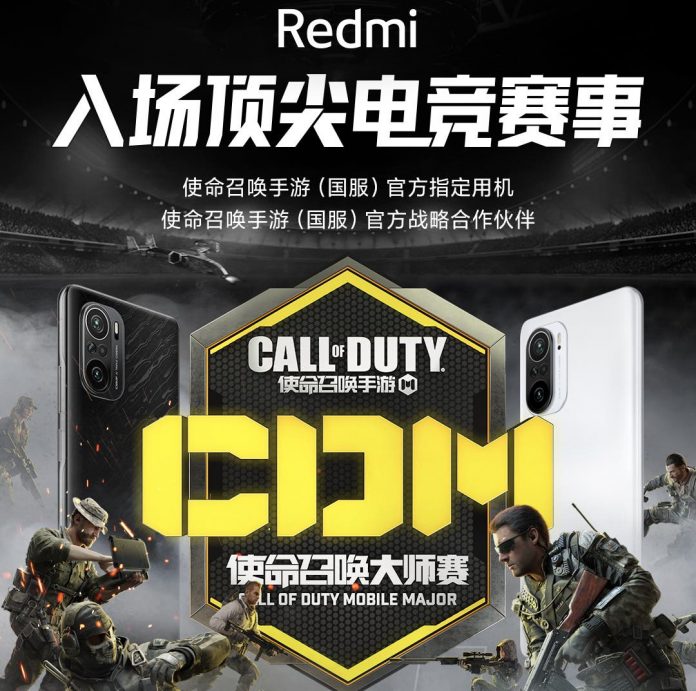 Redmi game phone will be on the market soon. Wang Teng Thomas, the company’s Product Director, announced that they will release a new model in late April. The first promotional poster has arrived for the Redmi game phone launch expected from Redmi.

The sharing of the channel called Digital Chat Station via Chinese social media Weibo gave the first clues about Redmi game phone. However, there has been no concrete evidence from the company that the new device will be a “player phone”. These allegations were finally confirmed thanks to the poster images released today. A surprising partnership was also revealed on the poster.

The promotional photo shared by the company on the official Weibo account gave the first ideas about the Redmi game phone. While confirming that the device will come with the Dimensity 1200 chipset; It has not yet commented on its other specifications. Nevertheless, the company, which does not want to make a dry announcement to its fans, announced its Call of Duty: Mobile partnership for the product launch. The promotional image of the phone is as follows:

He confirmed that the Redmi game phone will be released at economical prices. The model, which is expected to have flagship features, will create interest with its game-oriented hardware.

According to the leak from the Digital Chat Station last month, the Redmi device, which will come with a flat OLED panel, will include a small hole design for the selfie camera. The device, which will take its performance to an advanced level with the Dimensity 1200 chipset, will contain 5,000 mAh battery capacity to provide an uninterrupted gaming experience. Thanks to 65W fast charging support, the phone will fully charge in just 30 minutes.

What are your expectations about Redmi game phone? Don’t forget to share your thoughts with us.