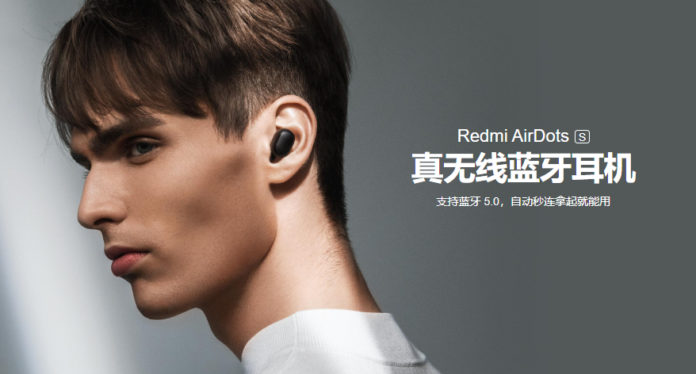 Redmi AirDots S features and price announced! Xiaomi, which attracted attention with its wireless headphones, entered this area with its sub-brand Redmi. The headset from the AirDots series will meet users with the name Redmi.

Xiaomi AirDots series is very popular with users with its ergonomic design and affordable price. The new headset has the same design, but it also contains a few innovations.

Redmi AirDots S features and price
One of the biggest needs in daily life is headphones. However, the headphones have also undergone major changes. Although there are two separate groups, wired and wireless, wireless headphones are also separated. The new headset in the TWS product group is among the most preferred models.

The design of the headset announced in the promotion in China is the same as the other models in the series. However, there is a remarkable detail in the features. In the new headset, both headphones will provide a direct connection to the phone. Earlier models of the series were connected to each other, then only one directly connected to the phone.

The headset, which makes this connection with Bluetooth 5.0 technology, has the feature of “very low delay mode”. This mode can be activated during gaming and video watching. While this mode is active, the delay time of the headset will decrease to a minimum.

There is also the possibility to reach the personal assistant with the button on the headset. Supported by Google Assistant, Siri, and XiaoAI headphones. Also, DSP noise canceling feature is available when speaking with a headset.

The headset can offer 4 hours of continuous use at a time. With the box, this period is up to 12 hours. You also have the opportunity to reject calls through the headset as you accept them.

Redmi AirDots S price
The price of the headset was also shared with the users. In the first announcement targeting the Chinese market, the price was announced as 99 Chinese yuan (95.73 TL without taxes and price difference). This also means that the headset will be affordable when it comes to Turkey.

Google offers “Soli Sandbox” app to encourage use of Pixel 4...

History of the ‘Something to Show’ Event was Shared from Cyberpunk...