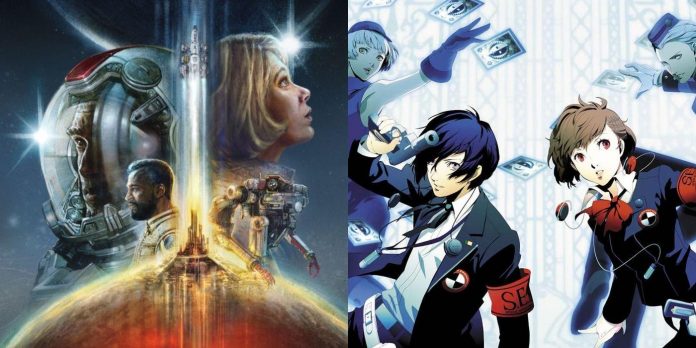 Fans will have to spend another year without the traditional E3, but the recent Xbox+ Bethesda Showcase was one of many presentations designed to help fill this gap. This presentation was mainly devoted to the games that will be released next year.

After some exciting discoveries, including a very long game trailer for Bethesda’s next Starfield role-playing game and the announcement that Persona ports will finally be available, Reddit users discussed what they were most excited about until the end of 2022.

Hollow Knight, released in 2017, has firmly established itself as one of the best indie games and modern metroids, and fans were looking forward to its continuation. Silksong has been silent or almost silent for a long time, but the Team Cherry development team has unveiled a new gameplay trailer for Xbox + Bethesda Showcase.

In addition to the exciting new gameplay, it has also been confirmed that it will appear in the Game Pass on the first day. Redditor JesusSandro had somewhat mixed feelings from the preview, but the excitement still won out, and they said: “Am I disappointed that there is no release date? Yes, but after the radio silence, this trailer made a whole month for me.”

Of course, the most anticipated game at the show was probably Bethesda’s next Starfield role-playing game. The publisher/developer has gone all-in with the Xbox, and fans are complaining about how long it takes them to release the game. Even though Bethesda is publishing some great games, their recent setbacks mean that Starfield definitely needs to rebuild its reputation.

There are still some reservations, but fans are still finding signs of encouragement in the last 15-minute reveal of the gameplay. Redditor uglyuglyugly_ liked some of the gameplay improvements demonstrated, noting that “the modular setup looks amazing. Building settlements looks easier than in Fallout 4, and we’ve finally confirmed manual flight. This is really getting ready to be their biggest game. and I can’t wait for that.”

Atlus Persona games are some of the best modern JRPGs, and the Xbox + Bethesda exhibition finally showed what many were ready to give up. It was announced that Persona 3 Portable, Persona 4 Golden and Persona 5 Royal will receive ports for Xbox/Game Pass and PC (4 Golden is already available via Steam). This is surprising, considering that the publisher is known among fans for making some of the most incomprehensible consumer decisions, but, nevertheless, it was a long time ago.

Redditor ThePotablePotato was thrilled with this discovery, saying, “I can’t believe Atlus has finally released their games with some semblance of consistency with the platform! However, it’s a damn good value for Gamepass.” Nintendo fans are still languishing, but perhaps there will be a similar surprise next year, as these ports will also appear on PlayStation consoles.

Game designer Hideo Kojima is one of the most successful figures in the gaming industry. He is synonymous with his brainchild Metal Gear Solid, and since then he has founded an independent studio and released Death Stranding for PlayStation and PC. It is known that Kojima’s games are largely related to psychology and trips (sometimes too much for their own good), but they still cause huge intrigue.

Hideo Kojima’s partnership with any major publisher has always been big news, so his fans will undoubtedly look forward to any mind-blowing project he came up with for the Xbox. Redditor BFaHM7 said: “To be honest, before it appeared, I jokingly thought it would be Kojima. When he actually appeared, I was stunned. I can’t wait for new news.”

The Forza series has released some of the best racing games. And although the Forza Horizon spin-off series has recently gained more attention than Motorsport, racing fans are optimistic, despite the appearance of the latest entry in the latest series.

Last year’s Forza Horizon 5 was released to critical acclaim and set the bar high for the genre as a whole, but tythousand’s redditor highlighted the important steps Motorsport is taking, noting that “real-time ray tracing for the new Forza is huge. collision physics also seemed like a huge step forward. When Gran Turismo 7 was announced as a cross-gen, people said it didn’t matter because racing games couldn’t do much to take advantage of the new consoles. I categorically disagreed and this demonstration definitely looks like a generational leap.”

Diablo is a historical role—playing game in the industry, as well as one of the main Blizzard franchises. In recent years, the once-prestigious reputation of the series has suffered due to problems such as aggressive microtransactions in Diablo Immortal, and those who have at least some hope will watch Diablo IV with caution.